Home > Economics for everybody > Archives > 5 papers...in 5 minutes ! > April 2017 > Intergenerational Inequalities in Standards of Living in France

Intergenerational Inequalities in Standards of Living in France

Short link to this article: http://bit.ly/2pGlaWa 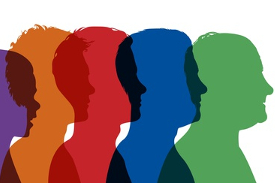 The theme of generations, or of age cohorts, is returning to public debate in the form of comparison. Some generations will be advantaged, others harmed. The numerous essays on the topic, which are widely discussed in the media among the general public, constantly stress the particular advantage that the post-war baby-boom generation has enjoyed, sometimes even at the expense of the following generations. According to the authors of these essays, the baby-boomers’ comfortable standard of living has resulted in the lowering of living standards for the generations that have followed them, which some even describe as having been “sacrificed”. Comparison of generations is, however, a delicate matter because it is difficult to compare lives across different epochs. Even when we restrict ourselves to the economic dimensions, such as measuring standards of living, we are confronted by the simple fact that this changes over the course of a life. To compare, at a given moment, the living standards of people of different ages is not thus not necessarily useful. The problem is to reconstitute, for each generation, the evolution of their standard of living and then to compare them.

In this article, d’Albis and Badji use the seven waves of the Budget de Famille enquiry, conducted by Insee between 1979 and 2011, to reconstruct the standard of living of all generations born between 1901 and 1979. The household standard of living refers to disposable income or the private consumption per unit, and isolating or not housing costs and imputed rents. Two main findings emerge. First, living standards rise strongly with age, from 25 to 64 years. For example, consumption among 50-54 year olds is 35 per cent higher than among those aged 25-29. From 65 years, the change depends on the indicator of living standard used. Furthermore, the living standards of baby-boomer generations are higher than those of the generations born before the war, but lower than or equal to those of the generations that follow them. For example, consumption of the cohort born in 1946 is 40 per cent higher than that of the cohort born in 1926, but 20 per cent lower than the cohort born in 1976. If we take the total of cohorts born between 1901 and 1979, no generation has been disadvantaged vis-à-vis their elders. These findings, which arise from using alternative methods, reveal the importance of economic growth in elevating living standards and confirm that no generation has consumed less than its preceding generations. They allow us to put to rest the idea that the baby-boomers have disadvantaged their children. The work of d’Albis and Badji could be extended in two directions, the first of which is prospective: An argument often put in debates about generational questions is that the system of social protection, especially old-age and sickness insurance programmes, is unsustainable. It is clear that a fall in these transfers could in future raise questions about the estimated living standard of generations born since the 1970s. Similarly, the increase in public debt and all the factors that have led to low growth might also compromise their standards of living. A second direction for further research lies in intra-generational inequalities. It is possible that the shifts in inequality have been heterogeneous between generations. If an increase in inequality among young people of today is found, then that could be an explanation for the discontent that they express.