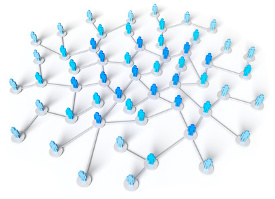 An abstract economy involves “players”, each of whom makes a decision, and these different decisions lead to payments for each player. For example, it might be bidders, firms and consumers who must decide respectively on the price of a bid, or an investment, and on a quantity of goods to consume, with the goal of drawing a profit or utility. If we suppose that each makes their decision by considering those of the others as given, then the decisions are governed as in a “strategic game”. An abstract economy is a “strategic game” in which we suppose, among other things, that the decisions of the “players” are potentially limited by each other: for example, the consumption choice of an agent, the first player, is constrained by the price fixed by the market, the second player. A standard response refers to the notion of “generalised equilibrium”, which stipulates that each player respects his or her decision constraints and has no rational interest in modifying them, if she takes for granted the decisions of the other players. The existence of a generalised equilibrium has been demonstrated by Debreu and is based on a fundamental hypothesis of continuity of payers’ payments in relation to decisions. The continuity signifies that a weak modification of my decision entails a weak modification of my payment. However, most generalised equilibria that appear naturally in economics are discontinuous. For example, if two bidders each announce a bidding price, the object and the payments linked to it are attributed to the best offer. The problem arises, however, when the two announced prices are identical: then there is an indetermination in the attribution of the object, which has repercussions for the payments. In order for a situation of equilibrium to exist (i.e., each responds in optimal manner to the other players), we must allow the possibility that the players use random strategies (play certain actions with a certain probability).

In this article, Bich and Laraki prove that equilibria exist in every generalised economy, but only when players use non-random strategies, that is to say, when the player chooses her strategy in a certain way. Moreover, they demonstrate a possible reinterpretation of discontinuity of payments: the discontinuity could be the result of players’ incapacities to compare two decisions and to decide definitively on one preference.