The Social Effects of Ethnic Diversity at the Local Level: a Natural Experiment with Exogenous Residential Allocation

Short link to this article: http://bit.ly/1VJxYHG

“One of the most significant challenges that modern societies face, and at the same time one of our greatest opportunities, is the growing ethnic and social diversity in most developed countries” Robert Putnam (2007). 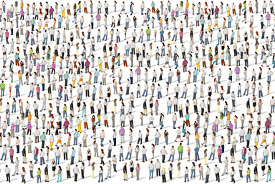 The notion of diversity refers to the fact that members of a community differ in certain characteristics linked to ethnic origin, socio-economic status and culture. With increasing commerce, economic integration and migration, the degree of diversity within modern societies grows ever greater. Understanding the impact of ethnic diversity on the economy in a broad sense, but also on social relations and living conditions, has become a priority. Numerous university studies sometimes demonstrate a negative relationship between ethnic diversity and growth, the quality of public goods and confidence, and a positive relationship between diversity by country of origin and wealth and productivity. However, these studies, conducted at a relatively aggregate geographic level, do not grasp precisely the mechanisms involved.

In this article, Yann Algan, Camille Hémet and David Laitin study the effect of diversity on the well-being and satisfaction of individuals vis-a-vis their housing conditions. They use a highly localised, micro-geographical approach, observing public housing blocks, allowing them to pursue their enquiries in the light of social relations between neighbours. In the French system, social housing (HLM) is allocated without regard for ethnic origin or individual diversity preferences. The authors use this feature, which from a methodological point of view, they contextualise as a “natural experiment” and permits them to consider the level of diversity of a given HLM quarter as exogenous. In other terms, this article offers a causal analysis between the decrease or growth in the level of diversity and different social indicators. The results indicate that an increase in diversity on a housing block implies more malicious damage and more acts of violence in the communal areas of the building/s (for example, broken letter boxes and graffiti on the walls). The lack of credible social sanctions in the heterogeneous communities means that such disruptive behaviour cannot be prevented. The authors also observe that the greater the diversity, the lower the quality of building facilities and basic equipment, for which proprietors and property managers are responsible (for example, central heating systems and lifts). This might be explained by the inefficient management of residential buildings, particularly the failure of collective action in the most diverse neighbourhoods. On the other hand, they find no significant impact of diversity on attacks, break-ins and theft in the neighbourhood, translated as more indifference than enmity between neighbours.

......................Original title of the article : “The Social Effects of Ethnic Diversity at the Local Level: a Natural Experiment with Exogenous Residential Allocation”Published in : Journal of Political Economy, forthcoming June 2016Available at : https://www.dropbox.com/s/1qiptcp18wzufd8/AHL_JPE_FINAL_feb2015.pdf?dl=0