Home > Economics for everybody > Archives > 5 papers...in 5 minutes ! > February 2020 > Which political and economic factors led to antisemitic pogroms in the (...)

Which political and economic factors led to antisemitic pogroms in the Russian Empire?

Short permalink to this article: https://bit.ly/37J56aX 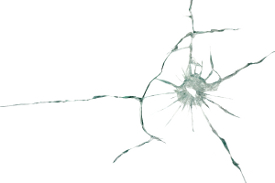 What are the economic and political determinants of ethnic violence? Political scientists have extensively studied how factors such as political instability and weakness of the state affect the likelihood of outbreaks of civil conflict. Economists, in turn, have provided robust evidence that economic downturns are an important trigger of civil conflict and that ethnic violence is aggravated by economic competition between ethnic majority and ethnic minority.

In this recent paper, Irena Grosfeld, Seyhun Orcan Sakalli, and Ekaterina Zhuravskaya examine how political and economic factors interact to drive pogroms in the environment of widespread antisemitism. Their analysis sheds new light on how ethnic minorities can be exposed to ethnic persecution when they are segregated into economic niches complementary to the majority, and thus, are not in direct economic competition with the majority. In particular, they examine the conditions, under which anti-Jewish violence broke out in the 19th century and the early 20th century in the Russian Empire, which at that time was home for the majority of world’s Jews. Jews in the Russian Empire dominated moneylending and trading sectors. Despite high economic segregation between Jews and the other subjects of the empire, Jews were target of persecution, which at its worse points resulted in mass anti-Jewish violence that brought the word pogrom into European languages. The authors collect a novel data set that combines panel data on anti-Jewish pogroms as well as measures of shocks to agricultural output and crop prices with detailed cross-sectional data on local ethnic composition by occupation and with historical time series of political crises throughout the period.

Using these data, they first show that both economists and political scientists were only partly right claiming that economic and political shocks are associated with ethnic violence. Economic crises in the Russian empire’s agriculture-dominated economy were driven primarily by crop failures and grain shortages. Political crises, in contrast, varied in nature: they were driven by wars, violent political turnover, revolutions etc. Pogrom waves took place when and only when economic shocks, caused by severe crop failures and grain shortages, coincided with political turmoil threatening the political and social order. Importantly, the economic shocks that occurred outside political crises were no less severe than those that occurred during political crises. Second, they show that when economic and political shocks coincided, pogroms occurred primarily in localities where Jews dominated middleman occupations related to agriculture, i.e., moneylending and grain trading. Economic shocks together with political shocks did not result in pogroms in localities where Jewish community specialized in other occupations, including middleman occupations unrelated to agriculture, such as trading in non-agricultural goods.

The authors consider and reject several potential mechanisms that could explain these results, such as scapegoat theory, weak law enforcement theory, etc. They argue that the following mechanism is consistent with the evidence they gather. The economic relationship between Jewish middlemen and the majority was based on repeated interactions: creditors lent to peasants and grain traders extended credit both to peasants in rural areas and to urban buyers of grain. In periods of bad economic shocks, it was common for creditors to forgive or roll-over debt. Political shocks such as the threat of bringing back serfdom, collectivization of peasants’ farms or nationalization of private property, led to the situation in which creditors could not reschedule debt repayments, and grain traders could not extend trade credit even during grain shortages. Middlemen were unable to forgive debts and extend new credit because they were rationally anticipating that given political uncertainty, debtors might not be in the position in the future to continue economic relationship with creditors. The debtors, in turn, could not repay due to economic shocks and reverted to violence in expectation that Jewish middlemen would require repayments.