Can We Identify the Fed’s Preferences?

Short link to this article: https://bit.ly/2kz7rPz 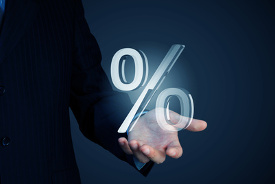 In 1973, two engineers, Marwan Simaan and Jose Cruz, showed that an actor in a dominant position (a central bank, for example) that influences choices made by other actors in tracking positions (e.g. the private sector) have an initial optimal policy that changes with each period. Their finding is very specific and a little surprising: the optimal policy choice changes with each date (this is called dynamic inconsistency) even though all future information about private sector behaviour has been anticipated correctly (i.e. there are no surprises) and the bank’s aims have not changed. In practice, it may be optimal for the central bank to have a rate of inflation higher than expected at the earlier date, in order to lower it more rapidly at later dates than was planned at the preceding date, and so on at each future date. This result arises from the fact that price decisions can be modified quickly by private sector agents depending on central bank announcements, which anchor the nominal values at each date. In 1977, Finn Kydland and Edward Prescott interpreted this dynamic inconsistency finding as a logical impossibility for optimal monetary policy to stabilise inflation. In 2004, the Swedish central bank awarded them the Nobel prize in economics for two contributions to macroeconomic dynamics: the dynamic inconsistency of policies designed to stabilise economic cycles, and the forces at the source of economic cycles, assuming that central bank stabilisation policies have no effect.

In the past 20 years or so, this second theory has been prevalent in hundreds of macroeconomic models (1), simulated and quantified in the research departments of central banks and published in academic journals. The authors test the two theories for the case of the US Federal Reserve Bank, using data related to the key interest rate, inflation and production during various periods between 1960 and 2006. The idea of the test is as follows: To avoid infinite instable trajectories created by the threat of a colossal over-reaction to interest rates, the second theory places important restrictions on the data compared with the first theory, which allows dependence on the past interest rate. For example, while the first theory predicts that the interest rate is correlated to two variables, current inflation and inflation in the preceding trimester (or the key rate in the preceding period), the second theory insists that the interest rate can only be correlated with one variable, regardless of current inflation, inflation in the previous trimester, or the key rate in the preceding period. The results of this new test lead to a rejection of the second theory.

Original title of the article : “Can We Identify the Fed’s Preferences?” Kirsten Ralf, Jean-Bernard Chatelain