Home > Economics for everybody > Archives > 5 papers...in 5 minutes ! > May 2019 > Do reform sequences affect the telecommunications sector? The example of (...)

Do reform sequences affect the telecommunications sector? The example of the Middle East and North Africa 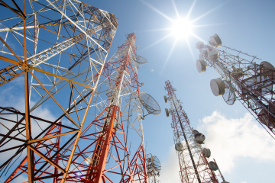 Following pioneering American and British experiments in the 1980s, a number of countries decided to liberalise their network industries, usually starting with the telecommunications sector. The reform aimed at breaking up the public monopoly of the sector, which was considered too expensive, incapable of innovation, inefficient, etc. Inspired by the economic theory on incentive regulation, the liberalization of the telecommunications sector consisted of three-fold reform: a restructuring of industrial organization, the introduction of a new regulatory framework, “re-regulation” which often, though not always, occurs through the creation of an independent regulatory authority responsible for promoting competition, and the privatisation of all or part of the incumbent operators.

In their article, Ezzat, Cambini and Staropoli investigate whether the sequence of measures adopted in the liberalisation of telecommunications has influenced the success of the reform of the sector, and the lessons that can be drawn from those reforms. Their analysis focuses on the experiments conducted in the Middle East and North Africa. In those countries, the lack of reliable infrastructure is a major obstacle to economic development and liberalization is seen as an essential lever for creating investment incentive. Although mobile-phone penetration is high in most of the countries (with the exception of Djibouti, Yemen and Syria), broadband, a corner stone of the digital economy, remains weak in this region compared with other emerging countries: the speed of mobile broadband connections is lower than the global average. The differences in performance are, of course, explained by the institutional, economic and political characteristics of each country, but the authors show that the reform sequence is also a considerable factor in the differences. To do so, they use a database of detailed information about the sequence and nature of the reforms, data on performance (price, accessibility of fixed and mobile technologies and quality of the services) and the institutional and economic characteristics of the countries.

The most notable finding suggests that the establishment of an independent regulatory authority before the privatisation of incumbent operators and before effective competition can be observed in the sector, is essential to the success of liberalisation, especially in the case of the mobile phone segment. It is on this condition that reform is deemed credible and new entrants have sufficient guarantees to agree to invest in the market and thus improve the sector’s performance. An independent authority also seems to prevent an incumbent operator, once privatised, from restricting the supply of services, especially access to fixed telephony (now less profitable than mobile telephony but useful in the deployment of digital technology). This results in an increase in the price of fixed telephony, explained partly by the end of subsidies for public enterprises, but also by the capture of the regulator by private operators, prompted by the fragility of institutions and the difficulty of fighting against corruption. Higher prices are certainly prejudicial to consumers in the short term, but also send a positive signal to new entrants, which should be beneficial in the long run.

Original title of the article: “Do reform sequences matter for Telecom performances. Evidence for MENA countries”