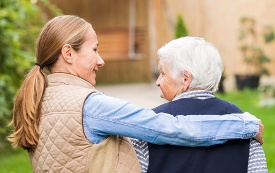 The provision of care to dependent old people – who by definition are incapable of carrying out themselves actions crucial to the daily life (getting around, washing themselves and the like) – is a major challenge for contemporary societies. Recent research shows that the offers of help that old people receive from their own children vary depending on the age of said children, and especially, their work situation. The research shows that in general, older children make more offers of help to a dependent parent than younger ones.

In this article, Pierre Pestieau and Gregory Ponthiere have two goals. First, they want to study the conditions in which economic theory can, using simple models, explain or rationalise the differences in help given to dependent aged people in terms of the birth order of children. Second, they attempt to describe the optimal public policies for taking that difference into account.

The authors develop a dynamic model called the “overlapping generations model” with four periods corresponding to the life cycle. Its specificity is that it includes two periods of fertility, in order to examine the effect of birth order on help given to dependent parents. They show that children born earlier generally face a lower “opportunity cost” (2) for assisting dependent parents. Indeed, they are often already quite old themselves, and thus retired or close to retirement when their parents become dependent. Contrarily, children born later, while having the same “preferences” as their older siblings, offer less help: at the moment when their parents become dependent, they are often still active in the labour market and face a higher opportunity cost for helping their parents.

Pestieau and Ponthiere then study the optimal forms of public intervention in this context. Examination of the long-term economic optimum reveals that in general, in the absence of public intervention, the order of births includes an overly high proportion of late births. The explanation is that when planning their lives, individuals do not take into account the effect of their choices on the social cost of looking after dependents. The long-term social optimum requires, in these circumstances, a certain discouragement of late births (which depends on a whole series of structural parameters of the economy). This might help to re-balance among siblings the “social burden” of looking after dependent old people.