Home > Economics for everybody > Archives > 5 papers...in 5 minutes ! > September 2019 > Access to homeownership for immigrants 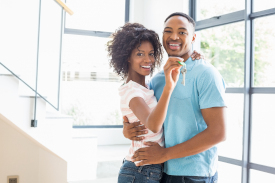 The integration of migrants is a constant preoccupation for the European countries that have experienced migration flows within the Union and an influx of refugees. There is abundant economics literature about immigrants’ success in the labour market, as well as the effect of the arrival of foreign labour force on the success of natives (1), but access to homeownership, another marker of migrant integration, has been little studied so far. Homeownership can be a sign of successful integration: It indicates financial success and, for some, it also means access to the more privileged residential areas that are associated with positive effects. In the United States, the difference in rates of homeownership between immigrants and US-born is significant, around 20 points, and this tends to persist over time (2).

This article is interested in immigrant access to homeownership in France and, in particular, the extent to which changes in the homeownership rate among immigrants is influenced by international migration flows. The homeownership rate is indeed affected by the flows of migrants into and out of France, who differ according to their countries of origin, financial resources, family structures and specific preferences. In particular, there is self-selection among immigrants on the basis of economic success, which affects the evolutions in their income and socio-professional status in the host country. This influence of international migration on the homeownership rate has not been studied until now.

Gobillon and Solignac’s empirical work uses the INSEE Permanent Demographic Sample (Echantillon Démographique Permanent) compiled from successive censuses and civil registries. This database allows the systematic follow-up of individuals born during four days of October, including their housing status, during a 25-year period between 1975 and 1999. The difference in homeownership rates of between natives and immigrants is significant and persists over time. However, there are also marked differences among immigrant groups. While immigrants from the Maghreb (Algerians, Moroccans and Tunisians) have a low homeownership rate and the gap between them and natives barely decreases over time, immigrants from Southern Europe (Italians, Spaniards and Portuguese) have a much higher rate, and the gap between them and the natives disappears over the period.

These general changes in homeownership rates result in part from access to homeownership by individuals who remain in France during the whole period (the “stayers”). In the case of immigrants, they also reflect the amount and specifics of population renewal via international migration. The authors thus show that entries into French territory have a strong negative impact on the evolution of immigrant homeownership rates. Indeed, while incoming migrants have on average higher academic qualifications than the stayers, they are also younger and as yet have fewer assets. In addition, they are located in large cities, where the homeownership rate is lower and the recognition of their qualifications and professional status is more limited than for the stayers. Migrants who leave France have a positive effect on the evolution of immigrant homeownership rates because the proportion of homeowners among them is lower. But this effect represents only about one fifth of that of the incoming migrants. For the stayers, the returns to characteristics tend to approach those of natives, which could suggest an improvement in their integration. But the differences are marked across groups defined according to their countries of origin. Finally, the analysis shows that the immigrant stayers who become homeowners tend to end up in less attractive dwellings and neighbourhoods than natives.

*** Original title of the article: The homeownership of immigrants in France: Selection effects related to international migration flows Published in: Journal of Economic Geography, lbz014 - june 2019 Available at: https://doi.org/10.1093/jeg/lbz014