Home > Economics for everybody > For a wider audience > 5 papers...in 5 minutes ! > February 2014 > The Impact of the French Securities Transaction Tax on Market Liquidity and (...) 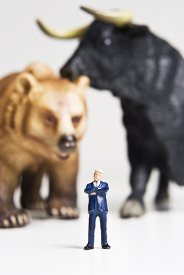 Taxing financial transactions is an old idea and a popular one (three-quarters of French people are in favour, as are two-thirds of Europeans). Its defenders see in it a significant regulatory virtue and a new source of revenue for the state. Its opponents anticipate economic disaster from it: increasing the costs of transactions will, they say, impede business financing and thus slow the rate of growth. Moreover, the reduction in the liquidity of markets, volatility will increase its volatility. These arguments always rest on the idea that markets are efficient and that nothing should hinder their development. But, like a number of works on financial behaviour, when we remove the assumption of efficiency, the virtuous link between volume of transactions and the quality of markets disappears. Underlying this discussion, we find the eternal debate about the (de)stabilising effects of speculation.And how does it work in practice? In a recent study, Gunther Capelle-Blancard and Olena Havrylchyk examined the case of the securities transaction tax introduced in France in August 2012. This tax of 0.2 per cent on stock transactions particularly lends itself to a study of the impact of such an impost because only large enterprises (around one hundred) that have their headquarters in France are taxed. The idea was to investigate the activity on these assets before and after the introduction of the tax, and to compare the results with a sample of “control” firms that were not subject to the tax – either because they were only medium-sized French businesses or because they were firms whose headquarters are located outside the country. This approach, called a “difference-in-differences” method, allows the isolation of the specific effects of the tax from other changes seen at the same time. The result is that this tax has led to a decrease in transactions to the order of 20 per cent. That might seem high but it must be kept in mind that the volumes on the stock markets have exploded in recent years: in France, the progression has been 2000 per cent since the 1990s. In addition, we can see no significant effect on volatility. Indeed, to be precise, the volatility of stocks subject to the tax diminished in the second semester of 2012, as did those stocks that were not subject to the tax and in similar proportions. In conclusion, the taxation of financial transactions – at least such as they are in place today, has little effect on the markets. It is neither the apocalypse feared by some nor the panacea hoped for by others. ......................Original title of the article: The Impact of the French Securities Transaction Tax on Market Liquidity and VolatilityPublished in: Document de travail, Centre d’Economie de la Sorbonne.Download : http://dx.doi.org/10.2139/ssrn.2378347......................© photo-dave - Fotolia.com