Home > Economics for everybody > For a wider audience > 5 papers...in 5 minutes ! > July 2019 > What optimal taxation for the polluting goods? The principle of targeting (...)

What optimal taxation for the polluting goods? The principle of targeting in the presence of local externalities 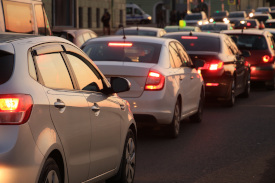 Fuel combustion generates not only a global externality linked to climate change, but also local ones linked to air pollution in the vicinity of the combustion site. Thus, combustion of a litre of fuel has a greater negative impact if it takes place in a densely populated area in town than in a rural area. Other examples of such externalities, which vary with the person consuming the “polluting” good, include the consumption of alcoholic drinks (1). If these local externalities vary according to the individuals who cause them, then the best response is to introduce personalised Pigouvian taxes: those who cause the greatest social damage should pay the highest prices. However, introducing such variable taxes is difficult. So what alternatives are available to public policy makers? Should goods that are complementary to the polluting good also be taxed, or should substitutes be subsidised?

In this article, Gauthier and Henriet show that if we cannot specifically reduce consumption by the biggest polluters through taxing goods other than the polluting good itself, then only the polluting good should be taxed. For example, if city-dwellers use the same cars as rural inhabitants, then it makes no sense to tax cars: only a tax on petrol is helpful. On the other hand, if city-dwellers use different cars from those in the countryside, then it is better to tax city cars more, in order specifically to reduce the consumption of petrol by city inhabitants. If there are no substitutes or specific complementary goods for the biggest polluters – in our example, the city-dwellers – and consequently, only the polluting good is taxed, that tax must, nevertheless, take into account the heterogeneity of consumers in the external effects that it creates: the more a good’s price has an influence on consumption by the greatest polluters, the more the good should be taxed. Gauthier and Henriet present an empirical application of these results, using French data from 8,700 households for the period October 2010-September 2011. While the social damage created by the consumption of a litre of petrol is greater in an urban zone than a rural one, the authors show that indirect taxes on other large categories of good do not specifically discourage the fuel consumption of the biggest polluters in the urban areas. Thus, only the fuel should be taxed for environmental reasons. The portion of the fuel tax linked to such environmental concerns is around 70 euro cents per litre: the external effect created by rural inhabitants is around 50 cents per litre, while that created by city-dwellers is around one euro per litre.

Original title of the article: The principle of targeting in the presence of local externalities