Home > Economics for everybody > For a wider audience > 5 papers...in 5 minutes ! > June 2014 > Sons as Widowhood Insurance: Evidence from Senegal 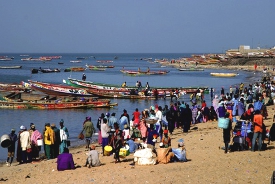 In developing countries, the family is often considered as a palliative in the absence of formal insurance systems. Implicitly, the participation of these networks of solidarity is assumed not to generate any costs other than that of reciprocity. In particular, the non-monetary costs assumed by the beneficiaries of this solidarity are generally ignored. However, understanding them better allows us to assess more accurately the advantages of creating social security nets in these countries.In this article, Sylvie Lambert and Pauline Rossi study an example of these informal mechanisms in Senegal, where sons play the role of widow-insurance for their mothers. Indeed, a widow in Senegal depends on her children to be able to access the resources of her deceased husband, because children are the sole inheritors. The children of a previous marriage are rivals for the inheritance. Thus, a woman must have enough children – and in particular, sons, who inherit twice what their sisters inherit – in order to ensure that she is not dispossessed when she is widowed. Using primary data collected in Senegal en 2006-07 from a nationally representative sample of almost 1,800 households (the “Poverty and Family Structure” inquiry), Lambert and Rossi show that a woman’s choice to have many children is partly a choice to adopt a widow-insurance strategy. Women whose husbands had children in a previous marriage keep having children until they have had a son. The probability of closely-spaced pregnancies (less than 24 months apart) is twice as high among women who face rivals (children born to their husband’s first wife) and who have no sons. These pregnancies greatly increase the risks of maternal and infant mortality. The health costs generated by this insurance-via-sons are therefore potentially very high for women and their children.......................Original title of the article : “Sons as Widowhood Insurance: Evidence from Senegal”Published in : PjSE Working Papers 2014.05Available at : http://halshs.archives-ouvertes.fr/halshs-00948098......................© alain juillet - Fotolia.com