Short permalink to this article: https://bit.ly/33wNpdS 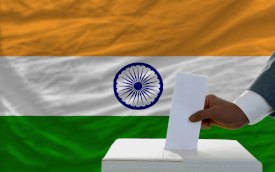 Mass social movements have always been crucial to the reduction of inequalities. In Europe and the United States, the strong mobilisation of the working classes played a major role in the building of the welfare state, from social security to progressive taxation. But so-called class divisions are not specific to the West: in Brazil, after the election of Lula in 2002, a comparable polarisation of the political space between “rich” and “poor” emerged, partly as a result of new social policies that benefited the least well-off. Analysing the historical contexts in which such configurations occur is therefore key to understanding the evolution of inequality in contemporary democracies. India represents a particularly interesting case from this point of view, as it is a country characterised by extreme inequalities, significant religious and linguistic diversity, and a unique system of social divisions, the caste system, which separates the Indian population into symbolically circumscribed, hierarchical and endogamous groups.

In this article, Abhijit Banerjee, Amory Gethin and Thomas Piketty combine data from opinion polls, electoral results and social spending figures to study the link between the representation of political cleavages and the reduction of inequality in India. They make two specific contributions to the comparative study of political cleavages. First, they document changes in the sociodemographic characteristics of voters supporting different Indian political parties since 1962. Second, they study the link between the transformation of these various political coalitions and the implementation of social policies.

The first finding of the article is that caste and religion are much more important than either social class or income in determining political positioning in India today. In 2014, more than 60% of Brahmins – the highest caste – supported Narendra Modi’s party, the Bharatiya Janata Party (BJP), as compared to only 10% of Muslims and 30% of the lower castes. This was already the case in 1962, but the Indian party system was less polarised at the time: the party in power, the Congress party, based its hegemony on a unique coalition of Brahmins and lower castes, while the other higher castes voted for the opposition. The analysis of voters’ behaviours also suggests that it is the symbolic dimension of the caste system that structures these cleavages, rather than disparities in wealth: it is caste itself, not social class (with which it is correlated, but never perfectly) that remains the structuring factor.

This greater significance of symbolic hiearchies over economic ones is confirmed when analysing the link between social spending and the nature of the political parties in power. If caste plays an important role in the representation of inequality, then we should expect that the parties supported by the lower castes would increase the kind of social spending intended to benefit the poor. Yet, after harmonising a unique database on the expenditures of Indian states, the authors found no significant link between the electoral base of the party in power and changes in the level of social spending. This reinforces the notion that Indian politics has above all been a conflict over social identities, and can perhaps explain the absence of political pressure on the Indian state to make concrete investments in public goods and social services that would benefit the poor.

Original title of the article: Growing Cleavages in India? Evidence from the Changing Structure of Electorates, 1962-2014 Published in: Economic and Political Weekly Available at: https://www.epw.in/journal/2019/11/special-articles/growing-cleavages-india.html