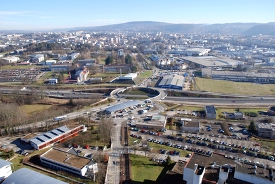 Urban Enterprise Zones (les Zones Franches Urbaines, ZFU) were created by the Act of November 1996 in relation to the Urban Stimulus Package. This zoning, aimed at areas of combined poverty and unemployment is one of the most emblematic of the geographic priority in urban policy. The strategy was designed to favour economic development, functional and employment diversity in those areas, through a broad range of taxation and social contribution exemptions for businesses (of fewer than fifty employees and with a turnover of less than ten million euros) that located themselves there. Originally expected to benefit 44 “sensitive” areas over five years, the policy was extended first in 2004, with the creation of 41 new ZFUs known as the “second generation”, then again in 2006, culminating in a total of 100. When it came to an end in 2011, the FZU policy was extended yet again, to the end of 2014, by the 2012 Budget. In 2013, the cost of the policy was valued at almost 470 million euros, much higher than the cost of similar policies in other countries (1).Have these ZFUs helped to redynamise local areas? In this article (2) Anthony Briant, Miren Lafourcade and Benoît Schmutz assess the impact of second-generation ZFUs on the economic dynamics of the targeted zones. They compare their performance with that of similar “control” zones, the Urban Stimulus Zones (ZRU), which benefited from fewer exemptions than those awarded to the ZFUs. They show that the principal effect of the ZFU policy was to transfer existing activity to those zones, and not to create new productive capacities. In terms of employment, the effect of the policy has been equally modest: the ZFUs grew in the extensive margin of employment (number of positions) but not in the intensive margin (number of hours worked). The main contribution of this paper, however, is to show that the relatively modest impact of the ZFUs hides a strong heterogeneity in reality: the degree of geographical isolation, for which the authors propose aggregate indicators, determines the effectiveness of the policy. Peripheral, isolated or inaccessible areas, characterised by a weak elasticity of labour supply, have followed up the exemptions with low wage increases, without at the same time attracting new firms and creating new employment. Thus, this research invites government to link their discussion of urban policy reform with a more general concern for the opening up or de-isolation of priority areas.1. A detailed literature review of the impact of Enterprise Zones appears in Neumark and Simpson (2014), “Place-based policies”, NBER Discussion Paper no. 20049.2. Work carried out for the DARES and the General Secretariat of the Comité Interministériel de la Ville.......................Original title of the article : “Can Tax Breaks Beat Geography? Lessons from the French Enterprise Zone Experience”Forthcoming in : American Economic Journal: Economic PolicyAvailable at : http://www.parisschoolofeconomics.com/lafourcade-miren/draft_ZFU_revAEJ2.pdf......................© AGENCE COM’AIR - Fotolia.com