Home > Economics for everybody > For a wider audience > 5 papers...in 5 minutes ! > October 2020 > The carbon curse in developed countries

The carbon curse in developed countries 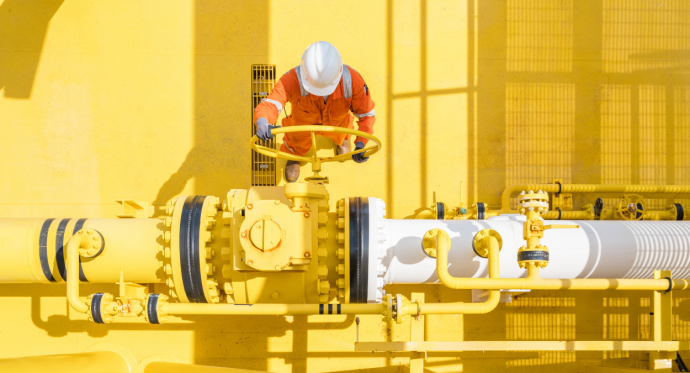 How can we fight climate change? The effectiveness of the Paris Accord has been thrown into doubt by protectionist measures; these doubts are exacerbated by the economic and health crises and they render the prospect of an ambitious carbon tariff ever more remote. To these explanations for the failure of environmental policies, Chiroleu-Assouline, Fodha and Kirat add the abundance of natural resources, responsible for the carbon curse [1]. Countries rich in natural fossil and mineral resources emit more CO2 per unit of production than countries where these resources are scarce. Of the ten countries with the highest carbon intensity (units of CO2 emitted per unit of production), six are abundant in natural resources. The carbon curse works in three specific ways. Resource abundance leads on the one hand to a composition effect caused by the predominance in the economy of the fossil fuel industries, high CO2 emitters; on the other hand, this abundance goes hand in hand with crowding out effects in the energy sector, which creates barriers to the development of renewable energy sources; lastly, it creates knock-on effects of polluting behaviour in all sectors of the economy, combined with weak environmental policies and certain specialisations. These effects, like the resource curse [2], are brakes on the development of new sectors.

Chiroleu-Assouline, Fodha and Kirat sought to test the empirical validity of the carbon curse hypothesis with a sample of 29 OECD and BRIC countries, and seven sectors, from 1995 to 2009. At the macroeconomic level, they found that the relationship between national CO2 emissions by unit of GDP and the abundance of natural resources is not one-dimensional but takes a U form. The carbon curse only appears beyond a certain threshold of abundance: above the threshold, the richer a country is in natural resources, the higher its emissions of CO2 per GDP unit. However, below this threshold, a country might reduce its CO2 intensity after the discovery of deposits. Indeed, a resource-poor country is not afflicted by the carbon curse, so their obstacles to renewable energy development are small, the policy environment is rigorous and the technological level sufficiently advanced. Thus, each discovery will modify the energy mix in favour of the less-polluting sources (gas rather than coal, for example).

The authors then measured the impact of resource abundance on sectoral emissions. They show that a country rich in natural resources is relatively more polluting both in the sectors linked to the resources and in other sectors. For example, in the mining sector of the countries with the greatest resources, carbon intensity is higher, which is logical. But analysis of the services sector shows that these same resource-rich countries are also more intensive there, too, and by a long way, compared with resource-poor countries. The pollution-intensity characteristics are found in all sectors of the economy. These results suggest that international discussion about climate change should concentrate more on the distinction between resource-rich and resource-poor countries, rather than on the classic opposition between developed and developing.

Original title of the article : Carbon Curse in Developed Countries