Home > Economics for everybody > For a wider audience > 5 papers...in 5 minutes ! > September 2014 > Persistent Differences in Mortality Patterns across Industrialized (...) 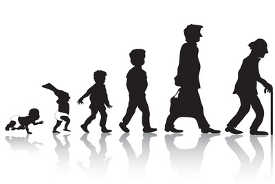 A fundamental inequality among individuals concerns the length of their lives. For multiple reasons, from biological factors to economic and social reasons, not all of which are identifiable, life expectancy is unequal within populations. It is also well known that average longevity (whose statistical indicator is life expectancy) grows continuously in most industrialised countries, with the exceptions of some Eastern European countries since the collapse of the Soviet Union.In this article, d’Albis, Esso and Pifarré i Arolas, compare the changes to this inequality in 31 industrialised countries since 1960. With economic development, the decline in mortality for each age does not occur equally. The first to fall is the mortality rate for infants and young adults; then, life expectancy gains are made through reducing mortality among adults and finally, the mortality rate among the oldest falls. This process of epidemiological transition leads to a progressive reduction of inequalities in mortality inside the countries under consideration. However, using the international Human Mortality Database, the authors of this paper show that this reduction within countries is not matched by a reduction in the differences in longevity of people among those countries. If we exclude Eastern Europe, the differences among the other countries under study here have remained surprisingly constant since 1960; if we include them, the differences have even increased since the end of the 1980s.......................Original title of the article : “Persistent Differences in Mortality Patterns across Industrialized Countries”Published in : PLOS One, Septembre 2014, Vol. 9 - Issue 9Available at :http://www.plosone.org/article/fetchObject.action?uri=info%3Adoi%2F10.1371%2Fjournal.pone.0106176&representation=PDF......................© HuHu Lin - Fotolia.com