Home > Economics for everyone > For a wider audience > 5 papers...in 5 minutes ! > April 2014 > Spurious regressions and near-multicollinearity, with an application to (...)

Spurious regressions and near-multicollinearity, with an application to aid, policies and growth 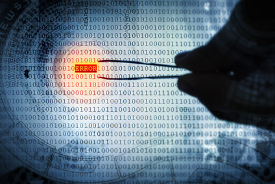 The statistician J. Ioannidis has shown that there might be a “winner’s curse” in empirical articles published in the most selective medical journals. These articles, despite being given publishing priority on the basis of their novel ideas, are frequently invalidated by the results of later investigations: the links between variables that present the novel and unexpected effects fall into the category of statistical noise. For example, using the usual criterion of “statistical significance”, researchers can spuriously prove a correlation (or effect) between a first variable and another, while including in their statistical analysis a third variable highly correlated with the first. In this theoretical article, Jean-Bernard Chatelain and Kirsten Ralf offer researchers new statistical methods to refine their approaches. Indeed, they show that the usual criterion of “statistical significance” is overestimated in the publication review process for scientific journals. To be precise, this criterion is biased in favour of a type of effect that can be influenced strongly by the inclusion of a variable, or the omission or addition of outliers. Such instability creates scientific controversies and citations that enhance the notoriety of the journal and the authors of the published article. Chatelain and Ralf then propose different criteria, more robust than “statistical significance”, which allow the identification of the particular effects that arise from outliers. As an example, they apply the criteria to an article about development aid whose authors demonstrate that relative to GDP this aid has an effect on per capita growth under specific conditions (weak inflation, strong open trade). Chatelain and Ralf show in detail that in the cases of Gambia and Botswana, this conditional effect of aid on growth rests on four outliers; later articles using more observations do not confirm the growth effect. Yet thanks to the controversies created, this article is the most cited of articles published in 2000 in American Economic Review, one of the most renowned economic journals. Thus, generally, the “winner’s curse” does not affect the researchers whose work is selected by the journals; but there are social costs to the publication of falsely positive results. The publication of such results leads to the inefficient allocation of research activity and to inappropriate economic decisions and policies.......................Original title of the article: Spurious regressions and near-multicollinearity, with an application to aid, policies and growthPublished in : Journal of Macroeconomics, vol. 39, Part A, Pages 85–96 - Mars 2014Available at : http://ideas.repec.org/p/hal/cesptp/halshs-00802579.html......................© Sergey Nivens - Fotolia.com