Short link to this article : http://bit.ly/247putD 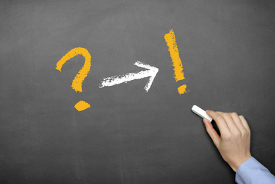 In this article, Piero Gottardi, Jean-Marc Tallon and Paolo Ghirardato investigate the trade-off between the costs associated with delegation (also called “agency costs”) and its potential benefits, in order to discover the flexibility that allows delegation in decision making, and the forms of insurance in terms of remuneration (fixed/variable) remuneration. They study the properties of the optimal contract in two environments. The first is a “humdrum” environment, in which information is clearly identified. In this case, the delegation contract always bears variable remuneration, depending on the result of the employee’s action and her (private) information. Thus, the employee’s aversion to risk (of seeing her action lead to failure and to lower remuneration) is a central element in explaining the form of the optimal contract: the greater the aversion, the more likely it is that a contract specifies a highly precise action, leaving the employee little autonomy but promising fixed remuneration. Conversely, the weaker the aversion to risk, the greater the likelihood that the contract leaves a certain discretion in choice of action for getting the task done, associated with variable remuneration. In the second environment, the elements of information to which the employee might be privy are more difficult to identify a priori. In this case, termed an “imprecise” environment, it is the employee’s aversion to this imprecision that reduces the relative profitability of the contract. The authors stress here that an imprecise environment can allow an optimal contract that leaves the employee some discretion, but includes remuneration which acts as insurance against the kind of “bad news” that can arise during execution of the task. This article thus shows how the information context can influence contractual forms within an organisation.