Home > Economics for everyone > For a wider audience > 5 papers...in 5 minutes ! > April 2017 > Investment Strategy and Selection Bias: An Equilibrium Perspective on (...)

Investment Strategy and Selection Bias: An Equilibrium Perspective on Overconfidence

Short link to this article: http://bit.ly/2o7jUhH 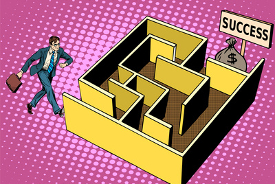 Numerous studies have established that young entrepreneurs are abnormally optimistic about the chances of success for their firms. For example, Cooper and his co-authors (1) report that 81 per cent of new entrepreneurs in the United States think that their business has more than a 70 per cent chance of succeeding, while the real proportion is only 39 per cent. Such observations are often invoked to support the optimism bias hypothesis used in many models of financial behaviour. An important question arises about the reasons for this bias. Is it a result of characteristics specific to entrepreneurs which help them to realise their ambitions, and in which case should not be eliminated? Is optimism a universal bias among the human race, in which case it would obviously be difficult to eliminate? Or can we explain this optimism as a result of a faulty processing of available data by the entrepreneurs, in which case, we can think about how better to inform economic actors so that they can correct this bias? (2)

In this article, Jehiel offers a theoretical model in which the optimism bias results from a naive processing of data by entrepreneurs. More precisely, each entrepreneur must decide, on the basis of an initial impression, whether or not to embark on his project. To help him to make this decision, he has access to data about previous projects. The heuristic method followed by the entrepreneurs, here meaning the way in which they analyse the facts and make decisions, consists of bringing together completed projects that give them the same impression and pursuing their project if their average performance exceeds the cost. The method is subject to a selection bias because only successful projects are accessible. The author stresses the endogenous character of this bias (determined by the equilibrium of the process) insofar as the distribution of completed projects which shapes it is in turn shaped by it. The result is an optimism bias, and too many projects undertaken when impressions are not perfectly correlated among entrepreneurs: better projects result in better impressions. Jehiel notes that to be surrounded by less biased (more experienced) investors aggravates the optimism bias, thus suggesting that the most experienced investors exert a negative externality. The optimism bias is reduced when entrepreneurs also have access to non-completed projects (often difficult) or when they base their decisions more on projects initiated by investors whose impressions are more closely correlated with their own.

(1) Cooper A., C. Woo, and W. Dunkelberg (1988): Entrepreneurs perceived chances of success, Journal of Business Venturing 3, 97-108 (2) In the same way that, for example, econometricians inform applied researchers about how to avoid bias in their estimations.