Cherries for sale: The incidence and timing of cross-border M&A 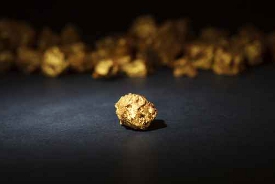 A large proportion of direct foreign investment is made by mergers and acquisitions (M & A). But how do multinational firms choose their targets? Firms in trouble, ripe for restructuring, or the gems? In this article, the authors present a model linking productivity shocks on firms and export development network decisions. It takes into account the reality seen in individual French data for the period 1999-2006. Foreign multinationals target the gems, in the sense of productive firms having developed export networks complementary to those of the investor, but at a moment when they have been affected by a negative shock and thus in some way represent a bargain. The model’s structure (1) has three steps. Firms are born with a specific productivity and decide to set up a network of export markets in relation to fixed entry costs specific to the firm and transport costs. They are then affected by a permanent productivity shock independent of their initial productivity level. The export network and the shock undergone explain the functioning of the M & A market in the third stage, and the entry of foreign multinationals. The matched data include the Enquête Annuelle d’Entreprise (Annual Enterprise Inquiry), in order to calculate productivity; the fichier des liaisons financières (financial links file) to identify acquisitions and mergers; and individual customs data for the export networks. Some complementary sources allow the verification of other dimensions of the question: the DADS panel for qualifications; intangible assets as reported in tax returns; financial constraints through Bank of France files on payment incidents. The empirical results confirm that acquisition targets are export networks that are more extended than average in their sector, and that a network with a standard deviation above the average increases by one-third the probability of being taken over by a foreign multinational. Given the size of the export networks of French firms, entering one additional market raises by five per cent for them the probability of becoming the acquisition target of of a foreign multinational.1. Multi-country model of monopolistic competition