Home > Economics for everybody > For a wider audience > 5 papers...in 5 minutes ! > December 2019 > How does inequality fundamentally change economic models? 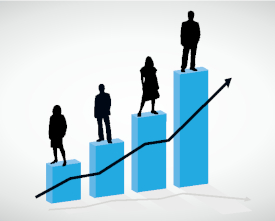 Most economic models assume that we are unaffected by the inequality around us. Recent research, however, indicates that this is unlikely to be the case. Inequality seems to change at least some factors we individually care about, such as crime, health, political unrest, and so on. It follows, then, that living in a society with high inequality might directly impact our lives – and if economic models consistently assume that it does not, policy suggestions are likely to be biased or incomplete.

This theoretical work by Morten Nyborg Støstad focuses on this issue, and shows how certain economic models change if inequality affects everyone. These societal effects of inequality are ignored in essentially all formal economic models (1), despite their contemporary political importance. Social unrest and populism in the United States, Chile, and Western Europe could be caused partly by unequal income distributions, for instance. Health outcomes, crime rates, innovation and more might also be impacted by inequality – positively or negatively.

In this article, Støstad argues that the long-standing omission of inequality’s societal effects is a large modelling oversight, and treats inequality as an economic externality to introduce the concept into two standard theoretical models on taxation. Both models use generalized societies to illustrate broad policy ideas. The first model characterizes the optimal level of income taxation. In Støstad’s solution to the problem, equality itself becomes an important policy driver. In short, if inequality has negative societal effects, we should have much more progressive tax rates than what economists previously prescribed. This is especially true at the top of the income distribution. There, optimal tax rates are driven largely by the new equality effects. In fact, when designing top tax rates, policy makers should arguably focus more on inequality’s societal effects than on how much revenue those top taxes could gather. This is in stark opposition to previous economic thought, which focused largely – if not solely – on the revenue effects.

An illustration of this point begins in 1974, when Arthur Laffer used a napkin to sketch a tax revenue curve for Dick Cheney and Donald Rumsfeld. The Laffer curve has since been a guide for sensible tax policy. Specifically, taxing above what Laffer called the revenue-maximizing rate is often considered objectively suboptimal policy. However, if our goal is to reduce inequality, this is no longer true. Optimal rates can be above where we gather the most revenue. Støstad’s income taxation model reflects this, and finds large changes to optimal top tax rates in general.

The second model is on optimal commodity taxation. As inequality in Støstad’s model has society-wide impacts, the famous Atkinson-Stiglitz theorem no longer implies uniform commodity taxation (2). Instead, new results indicate that we should tax goods based on which income groups consume them most – if inequality is a social ill, luxury goods should be taxed more and necessities less.

Overall, Støstad argues that inequality’s effects on the individual are crucial but largely overlooked, and requires further study.

(1) This assertion is theoretically proven in the work. There are two primary motivations to ‘dislike’ inequality in standard economic theory. First, your sixth house will make you happy, but less so than your first. It makes sense, then, to spread houses – and incomes – around evenly. Second, policy makers might simply care more or less about certain people. If policy is made primarily for the poor, inequality is inherently damaging. While both these effects incentivize redistribution, the societal effects of inequality are not included in either channel.

(2) This theorem states that, assuming no externalities, all consumption goods should be taxed by the same percentage amount. The VAT is an example of such a tax. As inequality is an externality in Støstad’s model, optimal commodity taxation is no longer uniform. The original result is from Atkinson and Stiglitz (1976).

Master’s thesis title: Inequality as an Externality: Existence and Consequences Under the direction of: Daniel Waldenstrom Available at: https://dumas.ccsd.cnrs.fr/dumas-02407577