Home > Economics for everybody > For a wider audience > 5 papers...in 5 minutes ! > February 2015 > How Price Elastic is the Demand for Retirement Saving ?

How Price Elastic is the Demand for Retirement Saving ? 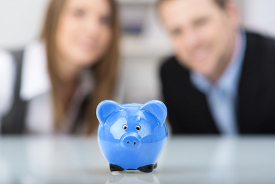 The elasticity of savings interest rates is a classic question in economics, but until now has remained unexplored in the case of retirement savings (savings whose accumulated capital is converted into annuities upon retirement). This is an crucial question in a context in which long-term financial returns decrease every year, where increases in life expectancy reduce the returns that insurers can guarantee (because they must pay annuities over longer average time-spans) and in a period when it is presumed that private savings will off-set the predicted decrease in public pensions.In this article, Direr and Ennajar-Sayadi study the issue in relation to a major reform introduced in France. In 2006, the government passed a law requiring insurers to propose, in the following year, different rates of annuity conversion for men and women, to reflect the differential mortality rates between the two genders. This reform created a sudden and unexpected change in actuarial return, which disadvantages women. The authors use data from Madelin contract subscriptions offered to independent professionals by a large French insurance company between 2003 and 2010. They identify three profiles: the women for whom the conversion rate dropped by a brutal ten per cent; married men for whom the conversion rate dropped by an average of five per cent if they expect reversion to the surviving spouse in the transition to retirement; and single men whose conversion rate is impervious to the reform to the extent that they do not anticipate opting for reversion. When these are controlled by the changes among single men, the authors show that there is a reduction in the demand for subscriptions of 16 per cent among women and 12 per cent among married men. Price elasticity of subscriptions are respectively 1.5 and 2.5, which represent significant values. In sum, and paradoxically, the reform produced a sustainable positive effect on demand, which is explained by the powerful effects of anticipation: savers subscribed heavily to savings accounts in the six months before the reform came into effect in order to take advantage of the former tariffs. This “road to savings” represented the equivalent of six semesters of subscription usually seen in normal times, which sustainably compensated for the reduction in subscriptions seen after the reform came into effect.…………….Original title of the article : How Price Elastic is the Demand for Retirement Saving ?Unpusblished paperAvailable at : http://www.jourdan.ens.fr/ adirer/paper/classifi.pdf…………….© contrastwerkstatt