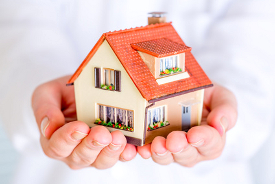 In France the inheritance gap is growing between the oldest and the youngest generations who, moreover, are inheriting later and later (at around 51 years of age, compared with 42 in 1984). Thus, inheritances come at an age when people are worrying more about their retirement than about getting started in life. Different tax measures have been tried in order to palliate this generational disequilibrium. In 2007, for example, the permitted amount of inheritance transfers to children increased three-fold to 150,000 euros – since reduced to 100,000 euros (1). In France, inheritance transfers, especially inter vivos, occur more and more often: according to INSEE, among households with adult children, 9 per cent in 1992, 13 per cent in 2004 and 15 per cent in 2010 were transferred through donations. This practice depends a great deal, however, on the level of wealth and the socio-professional category of the parents: it varies from around 6 per cent in the poorest quartile to around half in the richest one-tenth; almost 40 per cent of agricultural households do it, and around 20 per cent of other self-employed and managers/executives, but only 10 per cent of households of employees and blue-collar workers. Historic series such as econometric studies show that parents understand the tax advantages of donations. We can, nevertheless, question the impact of such tax measures on their beneficiaries: how are donations, especially early ones, used?In this article, Arrondel, Garbinti and Masson make use of the most recent data from INSEE’s inheritance study (2009-10), which allow them to study the impact of different forms of transfer between the living, or from the deceased, on two key facets of behaviour among the younger generations: the purchase of a principal residence and the creation of business enterprises. The probability of creating or taking over a business is higher when a donation is given (between living persons) than when an inheritance has been received (upon death). However, the probability of buying a principal residence increases with both forms of transfer. The strength of the link between transfers and investments varies with some factors: it is especially strong when the beneficiary is younger. Regarding the purchase of buildings, the price increases of the years 2000 is accompanied by a strengthening of the link between donation and purchase of an abode. The real causal effect of the donation raises questions, however: does the latter generate a decision to buy a home or does it confirm a purchase decision already made? The effect of donations on the behaviour of children proves to be even stronger when we take statistical account of this reverse causality.(1) In 2007, donations of more than six years were no longer added to the succession totals – since the no-recall period reverted to 15 years. ......................Original title of the article : Inégalités de patrimoine entre générations : les donations aident-elles les jeunes à s’installer ?Published in : INSEE, Economie et statistiques, décembre 2014 - n°472-473Available at : http://www.insee.fr/fr/themes/document.asp?reg_id=0&id=4435......................© Andrey Armyagov - Fotolia.com