Home > Economics for everybody > For a wider audience > 5 papers...in 5 minutes ! > February 2015 > The Empirics of Agglomeration Economies

The Empirics of Agglomeration Economies 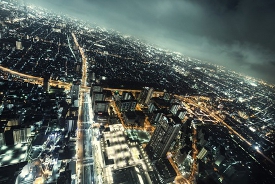 In all four corners of the world, the metropoles are generally seen as engines of growth. In this article synthesising recent research, the authors show that the scale of productivity gains by firms that can be made in larger cities in developed countries can now be established with a certain degree of precision. A city twice the size of another has a productivity that is greater by between one and five per cent. Gains can be even greater in developing countries, as is shown by the first studies of China, India and even Columbia. A portion of these gains can be instant and acquired by the simple presence of a big city, while another portion is obtained gradually in the process of urbanisation.However, debate continues on the origins of such productivity gains and several mechanisms are discussed in the theoretical literature. In the first instance, firms can use “fixed public assets” that have an effect on productivity, such as ports, airports, universities and transport infrastructure. In addition, they can profit from similar externalities which are often pecuniary and come through the price of goods: access to a bigger market can result in greater benefits and the proximity of suppliers of intermediary goods in the production process can lead to lower production costs. The concentration of economic actors can also increase interactions between individuals and in particular, improve the match quality between firms and workers in the labour market. Finally, cities are places of knowledge exchange that favour the creation, diffusion and accumulation of innovation. Some empirical studies suggest that the degree to which these different kinds of mechanisms combine is varied, but they are generally based on approaches less promoted than those that quantify total productivity gains. To understand these gains correctly requires taking into account the spatial ordering of individuals according to their characteristics and the possibility of a reversed causality (higher productivity might increase the size of cities by attracting people). Currently, the most promising studies estimate structural models on the basis of either panel data or case studies. Future empirical research into the mechanisms that lead to agglomeration economies can only gain by continuing down this path and making sure it is well anchored in economic theory.