Home > Economics for everyone > For a wider audience > 5 papers...in 5 minutes ! > February 2016 > Capital Imports Composition, Complementarities, and the Skill Premium in (...) 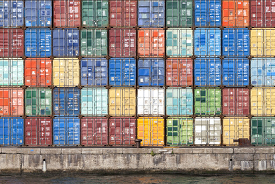 Many developing countries in the 1980s and 1990s went through a process of trade liberalization, allowing access to their domestic markets as well as gaining access to foreign ones. This led to an expansion of import and export activity. At the same time, many of these countries – albeit not all, and to different degrees – experienced increases in inequality. The concurrence of the rise in trade flows and increase in inequality has prompted many economists to ask: is there a causal relationship between the two? And if so, what is the mechanism? The counterfactual prediction of classic Heckscher-Ohlin theory, that developing countries should experience a decrease in wage differentials between skilled and unskilled workers – an important dimension of income inequality – has shifted the focus of research to other channels through which globalization may affect wages and other factor prices.

......................Original title of the article : “Capital Imports Composition, Complementarities, and the Skill Premium in Developing Countries”Published in : Journal of Development Economics, 118, January 2016, pp. 183-206Available at : http://www.parisschoolofeconomics.com/reshef-ariell/papers/RR_capcomp_JDE.pdf