Short link to this article: http://bit.ly/24pGWyZ 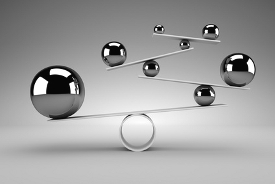 The euro zone suffers from a lack of “policy mix”, that is to say, from the lack of a joint use of monetary and budgetary levers. Monetary policy carries all the weight of macroconjunctural adjustment, while national budgetary policies are rendered ineffective by the crisis and the budgetary austerity that is the European Commission’s preferred response. The heterogeneity of the euro zone calls, however, for differentiated macroconjunctural adjustments for each country, which the single monetary policy by definition cannot deliver. On the contrary, it can even increase the divergences if it is not supplemented by other measures. Such a complementary instrument is within the reach of the central banks: it is macroprudential regulation. Usually presented as an instrument of financial stability, this policy can also be seen as aiding economic stability (inflation and the output gap) since it shares some transmission channels with monetary policy and influences the financial conditions that economic agents face.

In this article, Couppey-Soubeyran and Dehmej show first that monetary policy in the euro zone in the ten years preceding the crisis more or less followed a rule called the Taylor standard (1): the European Central Bank observed the distance from its targets for inflation (2 per cent) and potential production in order to fix its interest rate. The authors calculate the gaps (“Taylor gaps”) between the key interest rate at the European level and the interest rates that would have corresponded to a standard Taylor rule by country. These gaps clearly illustrate that the monetary policy that suited the countries at the heart of the euro zone was too lax for the countries of the periphery (Spain, Portugal, Italy, Ireland). In the latter, it significantly contributed to the development of financial imbalances via runaway credit and the formation of a property bubble. Next, the authors show that monetary policy based on a Taylor rule extended to financial stability, causing the key interest rate to respond to a financial shortfall (a gap between the credit rate and its long-term trend), would only reinforce differences between the countries within the zone. This is not surprising insofar as the finance cycle (credit and the price of shares in, e.g., building), varies from one country to another as much as, if not more than, the economic cycle. Finally, Couppey-Soubeyran and Dehmej show that macroprudential policy and all its tools (countercyclical capital buffers, systemic overloading, loan value ratios), adjustable by country and combined with monetary policy could correct or at least reduce the asymmetries created by monetary policy alone. These interventions could then re-establish a capacity for macroconjunctural stabilisation in the absence of autonomous monetary policy and also reduce conflicting goals to which “multitasking” monetary policy is vulnerable. When can we expect such a new policy mix in the euro zone?

(1) Named after the economist John B. Taylor and the empirical work done on the monetary policy of the US Federal Reserve (see « Discretion Versus Policy Rules in Practice », Carnegie-Rochester Conference Series on Public Policy, 1993, n°39).