Home > Economics for everyone > For a wider audience > 5 papers...in 5 minutes ! > February 2017 > Reason-based choice and context-dependence: an explanatory framework

Short link to this article: http://bit.ly/2lcXh9g 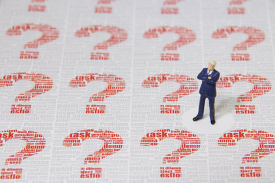 Rational choice theory is in the business of explaining and predicting behaviour, or so it claims. But does it achieve this goal? This paper presentation adopts an unusual approach: it tries to make you curious by giving a big-picture motivation for the paper, and ending with a very brief announcement of what the paper achieves. Assume a simple world without uncertainties. In such a world, the classical approach ascribes to the agent a preference relation over options –and takes this preference relation to “explain”, “predict” and “rationalize” the agent’s choices in a well-defined sense: in every choice context the agent chooses the most preferred option(s) among the feasible ones. Though elegant and influential, this approach meets three fundamental problems. First, there is the empirical problem: as is well-known, the approach cannot accommodate all empirically documented patterns of choices. Psychologists and behavioural economists have amply shown that people often choose in ways that cannot be rationalized by any preference relation over the options (except trivially through re-specifying the options whenever needed). For example, people are susceptible to framing effects or satisfice rather than optimize. Secondly, there is the explanatory problem: even when some preference relation over the options rationalizes an agent’s choices, it is questionable whether this can count as a genuine “explanation” of those choices. An explanation is fundamentally an answer to a “why” question. For a start, if we follow the revealed-preference school in reducing the meaning of preferences to choices, then preferences cannot also “explain” choices: this would be circular, by explaining choices by choices. Things do not look much better if we give psychological meaning to preferences – as is very natural. Assume you are asked “Why did you choose academia rather than banking as your career?” The answer “because I preferred one to the other” is not illuminating. You are expected to give your reasons, as philosophers and psychologists have long emphasized. A better explanation might be that you perceive academia as a way of being independent and promoting knowledge, while you perceive banking as a way of making money and supporting the economy; and that you rank the first bundle of properties more highly than the second. Finally, there is the last problem, the predictive problem. Indeed, a less widely recognized problem is that the classical theory is limited in its ability to predict an individual’s future choices. If we simply ascribe a preference relation to the agent, based on his or her past choices, then it’s possible to predict future choices only in special cases: namely when this preference relation already ranks the options involved. This is only the case when these options are ones the agent has encountered before (unless we can extrapolate the agent’s preferences to them). The classical apparatus of rational choice theory suffers from an implicit identification of two fundamentally distinct things: what has been observed and what is to be predicted. Both are collapsed into the same object, the “choice function”. The dilemma is that if the choice function indeed captures our observations, then rationalizing it by a preference relation only helps predicting that same observed choice function: we are “postdicting”, not “predicting”.

To address these three problems, Franz Dietrich and Christian List introduce a “reason-based” framework for explaining and predicting individual choices. In a nutshell, a decision-maker focuses on some but not all properties of the options and chooses an option whose “motivationally salient” properties he/she most prefers. Reason-based explanations can capture two kinds of context-dependent choice: first, the motivationally salient properties may vary across choice contexts, and secondly, they may include “context- elated” properties, not just “intrinsic” properties of the options. Their framework allows them to explain boundedly rational and sophisticated choice behaviour. Since properties can be recombined in new ways, it also offers resources for predicting choices in unobserved contexts. The choice-behavioural implications of reason-based explanations are analysed in four theorems which specify necessary and sufficient conditions for the existence of a reason-based explanation of choices. In another theorem, the authors give sufficient conditions for the accuracy of reason-based predictions.