Home > Economics for everybody > For a wider audience > 5 papers...in 5 minutes ! > February 2019 > Exports from developing countries and greenhouse gas emissions: the example (...)

Exports from developing countries and greenhouse gas emissions: the example of Indian firms 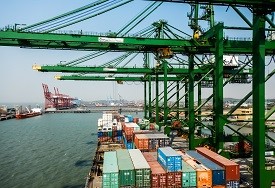 In recent decades, developing countries have seen their role in international trade grow, particularly in their exports to the rest of the world. This growth raises the question of the environmental impact of this trade, knowing that developing countries are characterised by laxer environmental regulations and less efficient production methods. From an environmental perspective, the issue is important given that international climate negotiations have failed to achieve a global agreement on the reduction of greenhouse gas emissions and that governments are reluctant to implement restrictive climate policies. However, does this increase in exports from developing countries necessarily lead to a 1-for-1 increase in carbon emissions? Several mechanisms can modify the ratio of emissions to exports. First, an increase in exports can encourage exporting firms to invest in new technologies, which tend to be more efficient and thus generate fewer CO2 emissions. Second, firms can adjust their product-mix to respond to demand overseas and, in particular, concentrate on the more profitable products. Such adjustments can increase or decrease the average intensity of firms’ emissions, depending on the relative intensity of each product. Third, exporting countries can determine their export and domestic sales jointly, with the possibility to reduce the latter to compensate for the increase in exports.

In this article, Barrows and Ollivier focus on the Indian manufacturing sector to study the link between exports and carbon emissions, as well as the role of the three aforementioned mechanisms. They analyse the extent to which manufacturing production and emissions in India respond to foreign demand shocks. Using very precise data for energy consumption, the authors compute CO2 emissions per unit of physical good produced and can separate the effects of technological change from product-mix adjustments within firms. Their findings suggest that an Indian firm that responded to an average increase in foreign demand during the period 1995-2011 saw its CO2 emissions grow by 1.39% per year. This resulted from a rise in exports as well as in domestic sales, thus revealing a complementarity between the two that tends to aggravate the environmental impact of exporting. However, this growth was attenuated by a decrease in the average CO2 emission intensity of production. The authors show that this decrease does not result from technological investments, but can be attributed to product-mix changes: Indian firms produced more goods that were less polluting, while pollution per unit of output did not vary over the period. In the end, the changes induced by median foreign demand shocks increased CO2 emissions not in the same proportion as the increase in exports, but 60% more.

Original title of the article: Foreign Demand and Greenhouse Gas: Empirical Evidence with Implications for Leakage