Home > Economics for everyone > For a wider audience > 5 papers...in 5 minutes ! > February 2019 > Should the state consider regional differences in its carbon tax (...)

Should the state consider regional differences in its carbon tax regime? 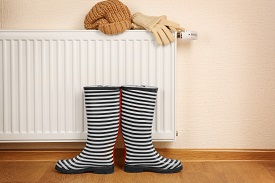 Since 2014, like many other European countries, France has applied a tax on carbon emissions, as a complement to the emissions trading scheme. What are the distributive consequences of that tax? Recurring social protest (at the origin of the yellow vests movement, for example) is evidence of the fact that it is difficult to implement without an adequate redistribution of the revenue, aimed at increasing its acceptability (1).

This article examines the degree to which geographic specificities can exacerbate the regressive aspects of such taxes. Ahamada, Fodha and Kirat use statistical data from 22 regions in France in the period 1995-2009. Their study highlights marked regional differences: the gap between average annual temperatures reaches 6°C, while the difference in the number of days below freezing recorded annually reaches 94. Since these characteristics have a significant impact on household energy consumption, a uniform carbon tax involves geographical disparities in the tax burden, which can increase inequality among households. This risk is all the greater given that some of the poorest regions are also some of the coldest and that the geographic mobility of French households is relatively low. The authors’ first aim is to measure the effects of macroeconomic and climatic determinants of household energy demand, and thus their CO2 emissions. The results show that CO2 emissions increase with GDP and the number of freezing days; this relationship reduces in relation to temperature, heating technologies and energy prices. The authors’ second aim is to measure the effects of a carbon tax (at 22€/tonne CO2, its level in 2016) on French regions. They show that the tax leads to significant differences in the tax burden, measured by the ratio of fiscal revenues to GDP in each. Thus, the richest region, the Île-de-France, is the smallest contributor (0.05% of its GDP), while the Lorraine contributes the most (0.15% of its GDP). They deduce that reform to environmental taxes should be accompanied by a region-specific redistribution. The authors offer two scenarios in which the gaps created by reform could be corrected. The first involves defining regional rates of taxation in order to equalise the tax burden carried by each region. So, the carbon tax should be 41€/tonne in the Île-de-France but only 14€/tonne in Lorraine. The alternative suggestion is to accompany the uniform tax (22€/tonne) by interregional flat transfers of revenues collected. An Ile-de-France household would pay an annual carbon tax supplement of 21€ while a Lorraine household would receive 12€ per annum. It remains to define the distribution vector/s, such as subsidies for green investments, help with thermal renovation, etc.

(1) Indeed, all taxes with an environmental dimension are generally regressive.

Original title of the article: “Regional differences in CO2 emissions from the French residential sector: determinants and distributional consequences”.