Home > Economics for everyone > For a wider audience > 5 papers...in 5 minutes ! > January 2016 > Beyond Truth-Telling : Preference Estimation with Centralized School (...)

Short link to this articles : http://bit.ly/1Wp4L4Z 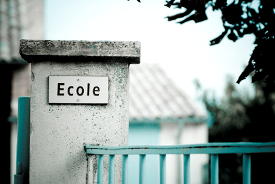 In order to organise the allocation of pupils to education establishments (primary schools, junior and senior high schools, universities), more and more countries use procedures called “regulated choice”. These centralised procedures are based on algorithms which, modelled on the Gale and Shapley “deferred acceptance” algorithm, aim best to satisfy the the allocation wishes of families while taking into account the rules of priority for distributing students when demand exceeds the number of available places in a given school. Beyond their function in regulating choices, these procedures constitute a valuable source of information about the determinants of family education preferences (in relation to social origins, the academic level of the pupils, distance between home and school, and the like). The difficulty is that the methods traditionally used to arrive at such understanding assume that the expressed allocation desires are “sincere”, or put another way, that families rank schools in order of actual preference and the schools that appear on their preference lists really are preferred over the schools that are left off. This assumption can be unrealistic because most allocation procedures only authorise a limited number of choices: if one anticipates that the chances of getting into the preferred school are low, then it can be rational not to rank that school higher than a more “accessible” but less desirable one.

In this article, Fack, Grenet and He propose various approaches to estimating family education choices on the basis of their stated wishes, taking into account the strategic dimension of the wishes expressed. These methods are applied to data from the automated Affelnet process, used to assign students. After having estimated the family preferences for the different general and technical lycées in their districts (of which there are four in Paris), the authors compare the existing allocation mechanism with alternative mechanisms – ones in which student priorities are defined differently, according, for example, less weight to academic results. The results show that the prioritising rules in place at present in the Affelnet system could be modified so as to improve family satisfaction while also promoting greater social diversity in Parisian schools. While this is a fundamental aspect of school choice – the importance of the allocation mechanism – it remains largely ignored in current debates about education policies.