Home > Economics for everybody > For a wider audience > 5 papers...in 5 minutes ! > January 2016 > Do High Consumers of Sugar-Sweetened Beverages Respond Differently to Price (...)

Short link to this article : http://bit.ly/1QYA8eG 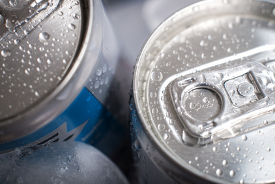 The tax on sugary drinks – which is a fixed excise tax – is strongly defended by promoters of public health as an important weapon in the battle against obesity. With this official goal in mind, an excise tax was imposed on sugary drinks in France in January 2012. Opponents of the move argue that this kind of pricing policy does not affect the behaviour of the greatest consumers, who are too attached to their consumption habits despite thus suffering the highest associated health risks (especially diabetes).

In this article, Etilé and Sharma test this hypothesis using data from a scanner registering the total purchase of drinks over one year made by a representative panel of 1,300 Australian households. They estimate the effect on buying of the price variations among added-sugar drinks according to the level of individual consumption. The average consumption is 2.5 litres per person per month (L/pers/mth), which is around double the average consumption seen in France. The 95th percentile drinks around 26.6 L/pers/mth. The authors show that the more the households are high consumers, the more that sensitivity to price decreases. This elasticity goes down from -2.3 around the median consumption, to 0.2 in the 95th percentile. Put another way, response to a price increase is ten times greater among average consumers than among big consumers. Thus, an excise tax of 20 cents per litre leads to a reduction in consumption of one L/pers/mth around the median, in contrast to 2.4 L/pers/mth in the highest five percent of consumers. Etilé and Sharma also show that an increase in the excise tax is preferable to an increase in the VAT because it rises more in proportion to the price of the product at the lower end of the range, which is what is bought by the biggest consumers. It means that, ultimately, the tax on sugary drinks leads to more significant reductions in health risks for the latter group.