Home > Economics for everyone > For a wider audience > 5 papers...in 5 minutes ! > January 2016 > On Time-Consistent Policy Rules for Heterogeneous Discounting (...)

Short link to this article : http://bit.ly/1rVrmJw 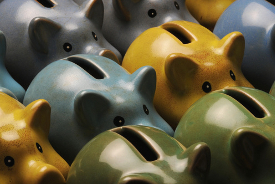 How can we determine the optimal rate of savings for any given society? More precisely, to what extent should its members renounce a part of their present consumption in order to benefit from greater sums in the future ? To answer these questions, Frank Ramsey used the fiction of a “planner” who determines the savings path over time while seeking to maximise the well-being of society. The planner’s goal, considered as representing social well-being, was specified as as a discount rate – this is the agent’s measure of the preference for the present – of instant flow of utilities, seen as characterising the well-being of a representative agent. It is worth noting that such an objective can also be regarded as one of a “dynasty of altruistic agents”; in this interpretation, the expected rate would represent the relative weight of future agents compared with the weight of the current generation. For this category of goals, the discount rate, which is at the heart of the arbitrage between future and present, obviously plays a crucial rôle in the determination of the optimal trajectory.

In this article, Drugeon and Wigniolle look at the theoretical question of the discount rate from a new angle: how to introduce the idea that different agents can be characterised by different discount rates (the preference rates at present)? The simplest way seems to be to assume the planner’s goal is an average of defined utilities on different agents’ walks of life, then to maximise that sum starting from an initial period. The authors discuss this approach from two angles. First, taking a number of discount criteria with different discount rates, only the most patient agent’s consumption (the one whose discount rate is the lowest) is valued over the long term, the weight of consumption of other agents being negligible. Optimal long-term planning would thus assign zero consumption to all agents despite the most patient, who could, on the contrary, benefit from positive amounts of consumption. In addition, optimal accumulation over the long term would only be determined by the value of the discount rate of this most patient agent. From the second angle, if we believe that the optimal solution is not chosen for once and for all by an original planner, but that it is rather a choice made period after period by successive incarnations of planners, then the solution proposed above becomes temporally incoherent: each of the future incarnations of the planner would in effect have an interest in deviating from the initial projection. It is also worth underlining how much this temporally incoherent property is the direct result of the heterogeneity of the discount rates.

In this context of successive incarnations of a social planner, Drugeon and Wigniolle look at the solution of equilibrium, which would result from a game between the incarnations. More precisely, they assume that each of them will make a Markovian decision that will depend only on the variable of the state of the economy at the moment when the decision is made. Anticipating that all future planners will play in that way, the current incarnation of the planner will reach the best decision possible according to the same rule. This new approach founded on temporal coherence between successive incarnations of planners will result in radically new long-term properties compared with the existing literature: in a simplified context where the only differences between agents proceed from their preference for the present, the planner will choose equal consumption for all agents for all times – the most patient agent will no longer be the only one to consume in the long term. Moreover, long-term accumulation will be determined by a weighted average of discount rates of different agents. The authors believe that the solution they propose is robust both on the theoretical level and more satisfying in terms of its long-term properties