Preparation for old age in France: The roles of preferences and expectations

Short link to this article: http://bit.ly/2GrQq3u 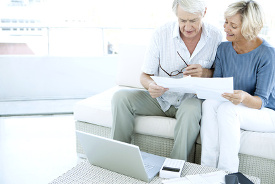 The ageing of the population poses a number of challenges, in particular of actions that can be taken to improve the well-being of seniors. At the individual level, we know that preparing for old age improves our quality of life in later years. This involves preparation in the areas of finances, social life, and housing. Assuming that aging comprises two periods, first the third age (during which individuals are in good health and are autonomous), then the fourth age (during which there are more marked losses in physical capacities, sometimes up to a state of dependency), preparations are likely to change depending on the phase the person is in. Several factors might explain why an individual chooses to prepare for her old age or not, depending on personality (we expect, for instance, that those more altruistic towards their family prepare more for their older years because they have a tendency to internalise the negative consequences for those around them of not preparing – e.g. a tendency to prefer the present over the future should have a negative effect on the preparation activities – or their expectations – e.g. thinking that one might become dependent in the future or that one’s life expectancy is longer should also reinforce the preparation).

In this article, Bénédicte H. Apouey focuses on the role of preferences and expectations in preparations for old age in France. The analysis uses data from a study conducted in 2016 of members of health insurance plans aged from 40 to 84 years old. This study focuses on individuals over 50, with a sample of 1,244 people. The data contains information on general feelings about preparing for old age, and on eight specific activities (1). They also contain information on individual time preferences, degrees of altruism, and expectations of dependency and life expectancy. The results are quite marked. Only half of the sample feels that they are preparing for their old age, though two thirds that they will become dependent one day. it was found that women prepare more than men in certain domains, which echoes the more general finding that women more often adopt attitudes that have a positive effect on health. As we might expect, , altruism strengthens preparation activities. Preference for the future, and assumptions about becoming dependent and life expectancy have an almost systematic and positive effect on different aspects of the preparation. From the point of view of public policy, the results show that preferences and expectations are important elements in the introduction of measures intended to promote “good ageing”. In particular, the findings suggest that policies must include messages targeted at those who have a strong preference for the present.

(1) Including saving, taking out dependency insurance, making efforts to maintain social links and adapting the home for old age.