Home > Economics for everyone > For a wider audience > 5 papers...in 5 minutes ! > January 2019 > Accelerating Diffusion of Climate-Friendly Technologies: A Network (...) 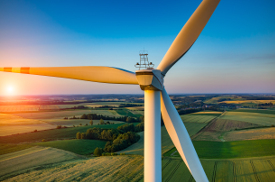 Technology transfers and diffusion of green technologies are considered essential means to obtain the objectives of greenhouse gas emissions reductions. Such transfers typically occur through firms engaging in international trade, foreign direct investment, and licensing. In climate policy, multilateral mechanisms have been agreed upon, such as the Technology Mechanism and the Green Climate Fund (1). In economic analysis, though, green technology transfers tend to be studied in a bilateral perspective, ignoring the influence of indirect connections in the diffusion process. However, in markets, firms interact and their network of connections is influenced by both government policy and by multilateral agreements. A recent paper by Halleck Vega, Mandel and Millock examines the role of the different incentives in explaining diffusion of green technology. (2)

The model proposed in the paper combines epidemiological diffusion models with an algorithm for network inference inspired from computer science. The paper uses data on the diffusion of wind turbines, since wind energy is the renewable energy source with the highest growth in capacity after solar photovoltaic technology. In addition, wind energy is a sufficiently mature technology to observe multiple cascades of different vintages being diffused globally. The data bring new insights into wind energy diffusion since it measures actual installation of wind turbines since 1983, rather than proxies such as patents or transfers under the Clean Development Mechanism (3). The model allows for analysing both domestic determinants of diffusion (i.e., renewable energy policy, such as feed-in tariffs or tradable renewable energy certificates) as well as bilateral and multilateral determinants of diffusion (economic integration agreements or international environmental agreements).

The results show that geographic distance as such is not an obstacle for the diffusion of wind energy. The most important factor explaining the diffusion of wind energy technology is economic integration agreements. Since the measure of economic integration is not simply bilateral but also measures the intensity of multilateral agreements, the results are indicative of the potential for the climate clubs advocated by Nordhaus (2015), in particular, to overcome free-riding in international climate policy. (4) Domestic environmental policies in the source country of the technology also favour diffusion, suggesting that such policies increase the size of the domestic market that serves as a base for the diffusion of technology internationally.

(1) The Technology Mechanism was established in 2010 under the United Nations Framework Convention on Climate Change (UNFCCC) in order to coordinate information and assistance on low emission technologies. In the same year, the Green Climate Fund was decided upon as a financing mechanism to increase investment in low-emission technologies and adaptation in developing countries.(2) The authors acknowledge the support of the European Union under the H2020 project grant GREEN-WIN 642018. A first contribution taking a network perspective is Halleck Vega and Mandel (2018) which uses wind installation data to infer the network of technology diffusion, without explaining the determinants of the network formation.(3) The Clean Development Mechanism was part of the Kyoto Protocol (Article 12) and allowed for countries with emission reduction commitments (« Annex 1 countries ») to implement such emission reductions in developing countries.(4) Nordhaus W (2015) Climate clubs: Overcoming free-riding in international climate policy. American Economic Review 105 (4), 1339–1370. Hovi J, D Sprinz, Saelen H and Underdal A (2016) Palgrave Communications | DOI: 10.1057/palcomms.2016.20. Keohane N, Petsonk A and Hanafi A (2017) Toward a club of carbon markets. Climatic Change 144 (1), 81–95.

Original title of the article : “Accelerating Diffusion of Climate-Friendly Technologies: A Network Approach”