The “flight to safety” and the credit crunch: a new history of the banking crisis in France during the Great Depression

Short link to the article : https://bit.ly/2Vov7HC 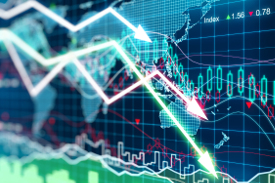 How does a banking crisis lead to a credit crunch and an economic crisis? Traditional interpretations – founded on analysis of the run on the banks in the 1930s in the United States – described the roles of monetary (1) and non-monetary (2) factors. The recent financial crisis has highlighted a different strategy, focused on the flight to safety (3) by banks and investors because of their growing perception of systemic risk (4). We now know that this process is not new and was also at work during the Great Depression.

In this article, Baubeau, Monnet, Riva and Ungaro offer a new interpretation of the 1930s banking crisis, based on the flight to safety . At first less severe than in other countries like the United States and Germany, the economic recession became very persistent in France. Previous research has minimised the role of the banking crises, stressing instead France’s stubborn adherence to the gold standard in 1936. In the absence of French banking statistics before the 1941 regulation, the usual method of calculating the series of loans and bank deposits was based on the balance sheets of the four biggest trading banks – easily accessible – and assumed that those banks represented half of the banking sector. Since these big banks did not experience difficulties in in 1930 and 1931, there was no quantitative proof of a major banking crisis, even if some historians showed that there were a number of banking failures. On the basis of rigorous work identifying and analysing the archives, the authors have brought together and harmonised the balance sheets of more than 400 French trading banks in the inter-war years and enriched the data base with statistics covering the savings banks and the Banque de France. They show that the flight to safety was the main vehicle for transmitting the trading banking crisis to the real economy. Highly asymmetrical, the crisis in fact spared the big banks, but affected the rest of the banking system and set off the flight to safety via the transfer of trading bank deposits to savings bank and the central bank. At that time, commercial/trading banks were not subject to regulations, whereas savings banks were implicitly guaranteed by the state, their assets being exclusively invested in state securities. As the run on the banks led mainly to the transfer of deposits, the total money supply was not diminished. However, the central bank and the savings banks invested their increased resources in government bonds and gold reserves. As a consequence, no other financial institution took up the role of the trading bank system in financing business. Thus, total loans to firms decreased significantly: the ratio between credit and money supply went from 40% before the crisis to 20% in 1931 and remained at that level throughout the 1930s. The authors also show that the French economy was not spared a major banking crisis during the Great Depression of the 1930s.

Original title of the article : “Flight-to-safety and the Credit Crunch: A new history of the banking crisis in France during the Great Depression”