Home > Economics for everyone > For a wider audience > 5 papers...in 5 minutes ! > June 2015 > Efficiency versus Stereotypes: an Experiment in Domestic Production

Efficiency versus Stereotypes: an Experiment in Domestic Production 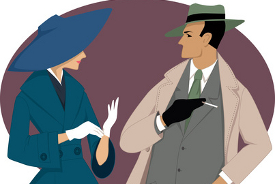 Most economic models of family economy assume that decisions within families are “Pareto optimal”. However, many empirical findings leave this hypothesis in doubt. Despite the entry of very great numbers of women into the labour market, the division of time within couples between paid work and domestic work remains, in fact, highly gender-differentiated. And this differentiation seems to go well beyond what would be dictated simply by the pursuit of efficiency (I.e. the “choice of minimum cost taking into account differences in salary and productivity”). For, if gender stereotypes are at work in the division of household tasks, then the achievement of equality between men and women implies that we must go further in raising barriers to equality in the labour market, for example, introducing more pro-active policies (1). The main difficulty in demonstrating this phenomenon is the impossibility, given existing data, of measuring empirically the productivity of domestic work. Indeed, while we now know, thanks to time-use studies, the time spent by each partner, we do not have the means to estimate productivity, because neither the value of the market goods used nor the quantities produced by domestic work are available in such studies.In this article, Couprie, Cudeville and Sofer analyse the findings from a trial conducted in an experimental economics lab on couples. More precisely, they study the efficiency of individuals and potential “deviations”, that is, the number and the direction of inefficient choices made. The aim of the experiment is to get participants to perform tasks as close as possible to domestic tasks that are symbolically “gendered”. The researchers examine the way in which participants divide the tasks, knowing that is is possible, in the context of the experiment, to measure the productivity of each, to fix the cost of the time (leisure/productive) and to test the efficiency of the division (2). The chosen activities relate to the washing (sorting socks) and DIY (fixing metal brackets). The results show that partners indeed lean slightly towards efficiency in the division of “gendered” tasks, but also that they deviate in the direction of gender stereotypes. To put it another way, when the man (or the woman) proves to be more efficient at the task seen as feminine (or, respectively, masculine), the choice of the division of labour tends, even so, towards the woman (man). The authors also test, via questionnaires, the fact that this deviation is not due to differences in preferences, but is, rather, linked to stereotypes, understood here in the sense of false beliefs about the productivity of each of them.........(1) For example, changes related to paternity leave(2) Using a Ricardian model of comparative advantage......................Original title of the article : “Efficiency versus Stereotypes: an Experiment in Domestic Production”Published in: Documents de Travail CES n° 2015.25Available at : ftp://mse.univ-paris1.fr/pub/mse/CES2015/15025.pdf......................© aleutie - Fotolia.com