Home > Economics for everybody > For a wider audience > 5 papers...in 5 minutes ! > June 2015 > Immigration Policy and Macroeconomic Performance in France 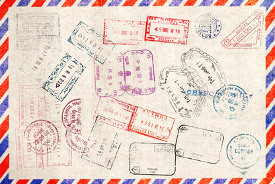 This article proposes a statistical evaluation of the relationship between immigration from non-European countries and French macro-economic performance. The relationship is difficult to estimate because migration flows can both influence and be influenced by the economic conjuncture. In order to determine this possible double causality and estimate its effects, it is possible to employ a model that uses the dynamic properties of the variables studied, but which also requires some sufficiently long-term series. D’Albis, Boubtane and Coulibaly use the rate of issue of first residency permits valid for more than one year, as well as the usual statistics of the macro-economy - per capita GDP and the unemployment rate - on a monthly basis, for the period 1994-2008. This is a purely statistical approach and is not based on any hypothesis or theoretical a priori about the relationship between immigration and growth.The authors show that migration flows have a significantly positive effect on per capita GDP. Migration flows being quantitatively low in France, their effect is automatically low, but it is interesting to underline the fact that immigration does not reduce average income. A breakdown of residency permits according to gender of the holders or reason for their issue also presents new findings : it is female immigration and family immigration in particular that explain the positive effect on growth. The modelling also allows estimation of the effect of the economic conjuncture on immigration: an increase in per capita GDP or a reduction in unemployment has a positive effect on the migration flow. This is explained by a more open migration policy at the top of the economic cycle, but also by a greater demand for residency permits. The relationship seems to be pro-cyclical: immigration promotes growth, which in turn encourages immigration.......................Original title of the article : “Immigration Policy and Macroeconomic Performance in France”Published in: Annals of Economics and StatisticsAvailable at : https://halshs.archives-ouvertes.fr/halshs-01135389......................© mjaud - Fotolia.com