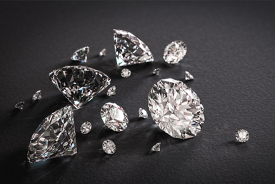 Do principles of equity oblige us to apply higher taxes on goods consumed by the richest? Why not simply tax the income of the richest in order to fund redistribution towards the poorest? Research into the optimal arrangements for a reformed taxation regime has identified a special rôle for taxes on consumption. But this rôle is not easy to specify because it involves consumption choices that some categories of taxpayers would make if their incomes were different from what they are at present. Take the transfer of income from a rich household to a poor one for example. Such a transfer renders less cost-effective the effort made by the rich household to earn a higher income. This household will reduce its efforts to earn and its taxable income will fall. If the public authorities identify and tax heavily the goods consumed by this household when it reduces its effort, then they will penalise those who consume the most heavily taxed goods. But at the same time they would also discourage the reduction of effort, which would lead to a growth in the revenue that could be redistributed. To take an example, the normal rate of VAT on the provision of meals in school canteens is justified on the grounds that while the children of the poorest families tend to eat at home, the richest families would still send their children to the canteen even if they were to work less. In this example, taxation on consumption depends on the heterogeneity of choices of consumer goods among the different income classes. Gauthier and Henriet focus rather on the differences among households with the same income. This is partly observable by public authorities, who know the composition of tax households, the age of those subject to tax, their socio-professional categories and the region in which they live. But is likely that there is a heterogeneity more difficult to observe, upon which taxes and income transfers cannot be contingent. For example, in the family quotient of the income tax system, a young adult living with her parents is treated as a young adult who has left home. The authors see this invisible heterogeneity as relevant to consumer “tastes”. They show that the VAT should be lower on goods preferred by those whose “tastes” are those that society wishes to defend: goods consumed by young adults living with their parents could by more highly taxed than the public housing services consumed by those who live alone, for instance. From this angle, we see a principle of equity in taxation on consumption, even if we use taxes on income for redistribution. Do public authorities currently think about this invisible heterogeneity within income groups? If so, then to what extent does it influence their tax choices? Using data on Canadian consumption, the authors create groups whose “tastes” are identical according to the definition in “revealed preference” theory. Assuming that the rates of the federal consumption tax (GST) are optimally chosen, they discover the “value” implicitly accorded to each of these groups. To given “tastes”, the “value” accorded by the poorest in the calculation of indirect taxes is more important. But they also observe that these values vary significantly according to “tastes” : rural Quebec households would be advantaged at the expense of those in British Columbia. Finally, redistribution among “tastes” within income groups is sufficiently significant to account for federal tax choices.......................Original title of the article : “Many-Person Ramsey Rule and Nonlinear Income Taxation”Published in: Working Paper CES 2015.33Available at : http://ces.univ-paris1.fr/cesdp/2015/15033.html......................© mjaud - Fotolia.com