Home > Economics for everyone > For a wider audience > 5 papers...in 5 minutes ! > June 2016 > Undoing Gender with Institutions. Lessons from the German Division and (...)

Undoing Gender with Institutions. Lessons from the German Division and Reunification

Short link to this article: http://bit.ly/292FZCk 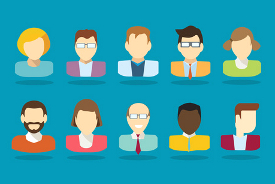 In all developed countries, women are less present than men in the labour market; they receive lower salaries than men, occupy fewer positions of power and yet, they do more hours of housework. These inequalities have been significantly reduced over the past century, but have not entirely disappeared. How do we explain their persistence? Efficient specialisation, discrimination, negotiating power within the household; to these economic motifs, we can add mechanisms that rest on gender identity and norms that dictate gender roles. In this article, Lippmann, Georgieff and Senik bring to light the legacy and persistent weight of institutions on behaviour, especially on the division of labour among couples. In the 1990s, sociologists discovered a surprising phenomenon, which has been confirmed many times since: while women and men reduce the time spent on housework when their relative individual income rises (a phenomenon that matches the predictions of economic theory), as soon as women earn as much as their partners, they tend to increase again the time they spend on household tasks. This behaviour re-establishing the gender norm, called “doing gender”, has been observed in several countries, including the US and Australia. Women seem to reactivate the differentiation of roles just when it threatens to be eradicated. And for good reason: partnerships in which the woman’s income is higher than the man’s are more at risk of divorce. Is this asymmetry the necessary price of staying together? The authors show that public policies can change this scenario. To do this, they analyse the “natural experiment” constituted by the division of Germany in 1949 and its reunification in 1990. Before the division, nothing distinguished the two regions of Germany. But during that interval of 41 years, two sets of diametrically opposed institutions were established on each side of the frontier. In the east, the German Democratic Republic (GDR): egalitarian policies, the rule of full employment for women, and provisions for reconciling work and family. In the west, the Federal Republic of Germany (FRG): no systematic childcare arrangements, and various provisions for keeping mothers at home. Thus, in 1989, 90 per cent of East German women participated in the labour market, compared with 56 per cent in the West. Twenty-five years after German reunification, which extended the institutions of West Germany to the whole of the country, differences between the two regions persist. Women in the counties of the former GDR spend more time at work and contribute more revenue to the family income than those of the territories of the former FGR. Above all, we observe among the latter a powerful restoration of the gender norm that pushes them to increase the time they spend on domestic work when they earn more than their partners. In the former Eastern Germany, this behaviour has disappeared and a woman can earn more than her husband without putting her marriage in danger. Thus, the institutions that prevailed in the GDR for 40 years profoundly and permanently changed habits and expectations, not only in relation to work, but also in relation to the division of labour within couples. Quarter of a century after German reunification, we still find today, in family behaviours, the legacy of institutional differences between the GDF and the FRG. Public policy can influence cultural norms. Once changed, though not irreversible, they keep a certain inertia.