A Special Election: Voting for the Best Football Player of the Year

Short link to this article: http://bit.ly/2vdAUWE 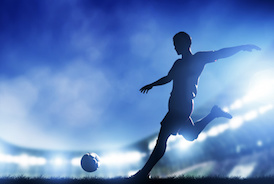 The study of voting has long been one of the core subfields in political science. Elections are a key ingredient in democratic politics, and a huge literature has examined all aspects of voting and electoral outcomes. Elections do not just fall within the purview of political science; they have long been part and parcel of everyday social and economic life, as many people all around the world regularly participate in elections to select decision-makers in business, unions, and all kinds of associations. With the rise of mass media, people are also increasingly asked to express their views about a variety of topics, people, and subjects. Political scientists have developed deep expertise in the study of voting and voting systems, and this expertise can and should be applied to the study of all kinds of elections, including those ‘non-political’ elections, for two reasons: first, non-political elections offer political scientists the opportunity to test and validate theories of voting and electoral systems in new settings; second, these elections allow us to ascertain the consequences of voting systems that are not used for the selection of legislators or presidents. This project and its results can be compared with the survey lead by Van Der Straeten et al (2013) during the 2012 French presidential election

Luc Arrondel et Jean-François Laslier (with A. Blais, Ch. Anderson & K. van Der Straeten) developed a project devoted to examine voting and voting systems in one such non-political setting – namely, voting for the world’s best football (soccer) player. They argue that sport is a particularly useful context in which to examine voter behavior. For one, sports are a huge source of human activity and entertainment.. They also know that football is the most popular and only truly global sport, and that many people are immensely concerned with the success or failure of specific teams or players. The authors took advantage of football’s global popularity and people’s familiarity with the Ballon d’Or/Player of the Year and designed their own independent, world-wide, study called « Votefoot ». To do so, they constructed a website (votefoot.org), advertised through different means, which presented a list of 30 football players (1), and they invited participants to vote for the best player of the year via three different systems. First, there is the « First-past-the-post » rule with a single vote, along the lines used in UK parliamentary or U.S. congressional elections. Then, the « A point system » in which people vote by ranking their first (5 points), second (3 points), and third (1 point) choices among a list of candidates. Finally there is « Approval voting », whereby people can express their support for as many of the candidates they want, . The votes were followed by a survey to elicit responses to a variety of attitudinal and demographic questions. A total of 4,700 voters from 102 different countries participated in the election between November and December 2016.

Luc Arrondel, Jean-François Laslier and their co-authors first sought to establish how the voting system affects the results. To do so, they focused on the top three vote-getters in the election (Lionel Messi, Cristiano Ronaldo and Antoine Griezmann). They found that Messi comes first, Ronaldo second, and Griezmann third under each voting system. So there is no evidence that the voting system has a decisive impact on the primary outcomes of interest. But they also highlight that the result was different from the official competition one: indeed, in 2016, Cristiano won the Ballon d’Or. The jounalists’s votes are remarkably homogeneous, in that Ronaldo’s score was much higher than that of Messi. The authors hypothesis is that journalists are better informed than fans. But it is important to keep in mind that the journalist’s votes (contrary to those of the public), are not anonymous and their greater cohesion may also well be the trace of a collective herding situation, an « information cascade » (2). .

(1) The authors decided to present participants with the 30 players that had been preselected by France Football for the Ballon d’Or award in 2016). As described by Hung and Plott (2001). ………………..Original title: projet votevoot.orgPublished in: https://votefoot.org/© grimaldello - Fotolia.com