Home > Economics for everyone > For a wider audience > 5 papers...in 5 minutes ! > March 2015 > Competition among regulators and the efficiency of banking regulation

Competition among regulators and the efficiency of banking regulation 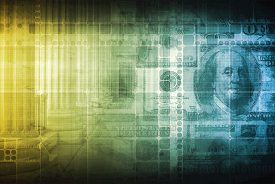 Banking is an international activity as least since the medieval ages, when bankers relied on international family networks to move funds across borders. But the international character of banking has been significantly increased with technological advances and the international opening of capital markets. Since banking is a regulated industry for prudential reasons, this trend raises the question of what are the consequences of international financial opening on the regulatory setting under which banks operate?In this paper Pierre Boyer and Hubert Kempf tackle the issue of the impact of the international mobility of banks and capital flows on the regulatory framework under which banks operate. Their main result is that the internationalization of banks annihilates the capacity of national public authorities in charge of banks to properly regulate banks and discriminate them according to their individual characteristics. They set up a model of a two-country economy with banks. These banks can alternatively be a priori associated with one country, with the capacity of forming subsidiaries in the other country, or freely able to choose their country of operation. A bank is allowed to function when approved by some public authority which acts as its principal. The authors resort to agency theory for the design of the banking contract under which a bank (or its subsidiary) operates.There is asymmetric information, that is that public authorities have an informational disadvantage in the knowledge of banks’ efficiency, either in managing their portfolio or their liquidation. In each country a public authority, the regulator, sets up a contract with the aim to optimally regulate banks according to their efficiency. Banks are either "mobile’’ or not. Mobility means that banks can choose the contract under which they function. Such a possibility leads regulators to compete, that is to set the terms of their regulatory contracts with the aim of attracting banks. The incentive for each regulator to undercut the terms of the contract set by its alter ego leads to the intuition that there is a race to the bottom in the regulation standards. Actually the outcome of this competition is more interesting: competition forces the regulators to set up a unique pooling contract. This is due to the fact that competition pushes the regulators to give up on one instrument which makes separating contracts impossible. The authors define the international mobility of banks as the free capacity to banks to choose the regulatory contract under which they operate even though their depositors reside in a given country. This is apparently extreme but actually it is equivalent to assuming that banks in a given country are free to set up subsidiaries in any country, taking advantage of the international mobility of financial flows.......................Original title of the academic article : “Competition among regulators and the efficiency of banking regulation”Coming soon......................© kentoh - Fotolia.com