The euro as an international currency 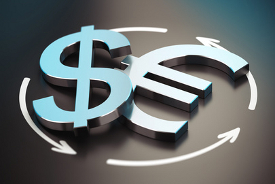 European institutions have always adopted a neutral attitude vis-à-vis the internationalisation of the euro, which was not a stated objective of monetary union. In fact, the euro developed internationally principally as a diversification currency for international investors, while European policies sought neither to encourage nor discourage this trend. Investigating the international status of the euro might seem strange at a moment when its very existence is sometimes called into question.In this précis article, Agnès Benassy-Quéré shows that the economic policies for overcoming the crisis are the same as those that render the euro a currency with a status analogous to the American dollar. The euro already fulfils certain criteria for being an international currency: it is the currency of a zone more populated than the United States, carries more weight in global trade, in the context of a well-established rule of law, free movement of capital and a monetary stability guaranteed by the independence of the central bank. However, the euro financial markets are not sufficiently developed and even less sufficiently integrated. The eurozone lacks the equivalent of US Treasury bonds: a no-risk, highly liquid asset. The share and corporate bonds markets are also too fragmented in Europe. And the eurozone also lacks the capacity to resist the shocks of the global financial markets – a weakness about to be addressed by better surveillance of the banking and finance system. Finally, the eurozone is neither a political union nor a military power – an important historical factor in the international status of currencies. It does not even have united representation in international bodies such as the IMF and the G20. Contrary to a received idea, the international system can easily accommodate two international currencies. It could even be stabilising for a global economy that is now bipolar. But the euro is soon going to be in competition with the yuan, which is starting from much further behind but has a clear strategy of internationalisation and is supported by strong growth. In a dozen or so years, the window of opportunity will probably close for the euro, as it closed for the yen in the 1990s.