Short link to this article: http://bit.ly/1Uy31oN 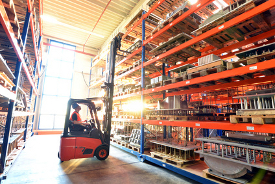 Recent research has shown that the lack of proper financial resources affect a firm’s behavior in international markets along a few dimensions. Indeed, for financially constrained firms the probability to enter a market abroad, the number and the volume of goods exported and the number of trading partners tend to be all lower than for unconstrained firms. On the contrary the relationship between financial constraint and export prices is much less investigated. This is rather surprisingly given the common perception, both among businessmen and academic economists, that firms in financial distress tend to deviate from their normal pricing strategies.

This paper by Angelo Secchi, Federic Tamagni and Chiara Tomasi helps to fill this gap by empirically investigating the role that limited access to external finance plays in price variation across exporting firms. Exploiting a dataset that covers virtually the entire population of Italian limited firms over the period 2000-2003 they provide robust evidence that firms facing financial constraints charge higher prices than unconstrained firms when exporting the same good to the same destination. A first natural explanation for the observed positive link between export prices and financial constraints is that financing problems alter the cost structure of firms; therefore, the higher prices charged by constrained firms simply reflect their higher costs. This pattern seems confirmed in the sample, as constrained firms indeed tend to have higher costs, which they tend to translate into higher export prices. However, according to their estimates, the cost channel accounts only for a fraction of the observed price gap between constrained and unconstrained exporters. Hence there is room for a complementary explanation. The authors argue that firms react to financial problems also by increasing their mark-ups. This argument relies on two key assumptions. First, customers face significant switching costs to move from one seller to another one. As other forms of demand rigidity, this creates an incentive for firms to keep their prices low over the short term in the attempt of locking in as many customers as they can. This “customer base” can then be exploited at a later stage, charging higher prices which in turn generate higher profits for producers. Second, firms resorting to external financing face a positive probability of being liquidated by their investors if they fail to meet their repayment obligations. This assumption generates an important consequence: constrained firms have weaker incentives to invest in their customer base via low prices today and thus they tend to charge higher prices than unconstrained firms. With this respect the authors are able to provide further empirical evidence that corroborates their explanation based on switching costs. Indeed, they show that the positive price gap is significantly wider for products and sectors where switching costs are expected to be more relevant. This paper documents another important channel through which financial factors might generate real effect in the economy. Indeed, raising prices destroys firms’ past investment in their customer base, thus weakening the ability to compete on international markets.

......................Original title of the article : “Export price adjustments under financial constraints”Published in : Canadian Journal of Economics, forthcomingAvailable at : https://halshs.archives-ouvertes.fr/halshs-00848159/