Reducing crime over the long term: police or family? That is the policy question 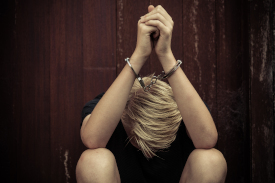 Much criminological research reveals a link between family structure and delinquency: children in divided or single-parent families are more likely to engage in delinquent activities than those in two-parent families. The 2016 National Longitudinal Survey of Youth in the United States shows that 22% of adolescents living in a single-parent family have been arrested compared with 5% of children from intact marriages, showing a clear positive correlation between adolescents’ family structure and criminal behaviour. This correlation is even stronger among the African-American community, where around 50% of children live with their single mother, a far higher proportion than for white children (18.3%) and for children of Hispanic origin (26.3%). The US department of health and social services also indicates that the consumption of drugs and alcohol is more widespread among children who live without their fathers. There is no mystery here. When parental control is weaker, even absent, which is often the case in families without fathers, children are more easily exposed to the influence of older peers who might be involved in illegal or risky behaviour. In sociological theories of “social disorganisation”, the absence of a positive masculine role model and the breakdown of family socialisation methods in favour of other institutions such as street gangs, are key factors in the over-representation of young black men in the American criminal justice system.

These observations lead to the question of policy in the long-term struggle to combat crime. Should we increase rates of policing and incarceration? Or should we instead compensate for the disadvantages of underprivileged families in terms of the transmission of ethical values against crime? In this article, Bezin, Verdier and Zenou analyse the question using a conceptual framework that insists on the importance of the paternal presence in the processes of family socialisation against delinquency and crime. For that, they develop a model called “overlapping generations” in which individuals are socialised during childhood into either a culture of “honesty” or one of “tolerance for delinquency” that facilitates criminal activity. This socialisation takes place in the family (one- or two-parent) and the social environment. As adults, after having formed a household, individual men can decide to commit an illegal act or not. The rate of incarceration and law enforcement, as well as the culture of honesty, determine the proportion of two-parent families (in which the father is present in the socialisation of his children) and one-parent families (where, in the absence of the father who is in prison, the mother alone raises the child/ren). Each family (one- and two-parent) thus makes efforts to socialise its children to adopt the trait of honesty. One hypothesis that is both central and empirically reasonable is the fact that because of time constraints and lack of resources, it is costlier for a single mother to transmit “honesty” to her children than it is for a two-parent family. The authors characterise the dynamic of the culture of honesty in the community and the rate of criminality in the long term, and their analysis reveals three important elements. The first is the classic effect of deterrence, indicating that an increase in the probability of incarceration reduces criminality. The second is an effect of “social disorganisation”, recognising that an increase in incarceration disturbs the family structure, which has a negative impact in the long term on the transmission of a culture of honesty among the population. The third element shows how widespread the initial culture of honesty is throughout the society.The researchers stress that a sustained policy of heavy law enforcement (increased deterrence and longer sentences) can be counter-productive for criminality rates over the long term. In particular, when incarceration rates are already sufficiently high, a more repressive policy in fact increases long-term criminality in the population. This paradox is explained by the fact that growing incarceration of delinquent fathers leads to a form of social disorganisation of the trait of honesty by “destroying” the structure of two-parent families. Children growing up in one-parent families are more vulnerable to criminal socialisation by their peers in the community, thereby encouraging an increase in criminality in the long term. The analysis can be extended to the spatial location of individuals in an urban environment. The model thus brings to light the appearance and persistence of urban ghettos characterised by a high proportion of one-parent families, a higher rate of criminality and the existence of a local culture of “tolerance of delinquency” in the community. The authors specify the conditions of this phenomenon and discuss how spatial segregation reinforces social disorganisation, and vice versa. Their conceptual framework suggests that the capacity of the justice system for deterrence may be insufficient for reducing criminality and that an effective crime policy must take into account the impact of incarceration on family structure and its impact on patterns of socialisation and the criminal behaviour of future generations.

Original title of the article : « Crime, Broken Families, and Punishment »