Home > Economics for everyone > For a wider audience > 5 papers...in 5 minutes ! > May 2015 > On the regularity of smooth production economies with externalities: (...) 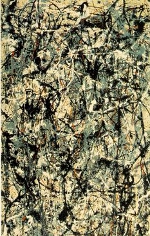 A central economic problem concerns the interaction between the behaviour of agents and the situations in which agents’ decisions affect the choices of others, that is to say, externalities. Consumption externalities have been broadly identified in the literature on networks and interdependent preferences. Polluting production activities are a classic example of a production externality. Firms in the ICT sector are clearly in a relation of externality because they improve their technologies in terms of the production activities of firms within the sector. In the theoretical model of general equilibrium with externalities à la Laffont (1), individual preferences and firms’ technologies are affected by the consumption and production activities of other agents. In this framework, the classic idea of competitive equilibrium is mixed with Nash’s idea of equilibrium: agents maximise their goals by taking the prices and decisions of other agents as given.In this article, Mercato and Platino consider the theoretical model and show, through an example, that when there are externalities between firms, an infinite price equilibrium exists. In this model, in order to overcome this uncertainty, firms can use an initial allocation, in the fashion described by Geanakoplos, Magill, Quinzii and Drèze (JME, 1990). Firms’ initial allocations comprise stocks of goods initially kept in order to generate receipts from their sale, and also debts, subsidies and taxes expressible in terms of goods. The authors show that in this context, generally, economies with externalities can be considered regular: that is, there are a finite number of locally unique and persistent equilibria relative to small disturbances in the economy. The equilibria of a regular economy can be differentiated, so it is possible to make a comparative statistical analysis with respect to small economic changes...........(1) In the 1970s, Jean-Jacques Laffont made significant contributions to the theory of general equilibrium with externalities......................Original title of the article : “On the regularity of smooth production economies with externalities: Competitive equilibrium à la Nash”Published in: Documents de travail du CES 2015.44, 1-33Available at : http://ces.univ-paris1.fr/cesdp/cesdp2015.html......................© Jackson Pollock, Cathedral 1947