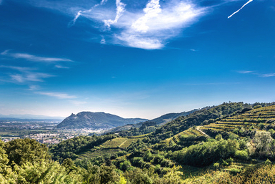 Rural Revitalisation Zones (ZRR - Les Zones de revitalisation rurale) are to the countryside what Urban Tax-Free Zones (ZFU - Zones franches urbaines) are to cities: in order to restore attractiveness to rural areas that are languishing, a tax credit programme offers exemption from employee contributions and taxes to firms who establish themselves there. Created in 1995, the policy was extended in 2005 and then extended again by the 2015 Budget: a durability no doubt linked to the attachment of local elected officials to the measure, as was seen in the spirited reaction of the Senate vice-president in the summer of 2013 to its envisaged reduction.In this article, Behaghel, Lorenceau and Quantin evaluate the experiences of the ZRRs between 1995 and 2009, using exhaustive administrative data on employment and wages in metropolitan France. In economic theory, localised tax exemptions are a priori suspect because they distort competition between regions, which reduces global well-being – unless we are sure of eliminating, by such a distortion, other sources of inefficient allocation of resources. But compared with their urban cousins, the ZRRs have, on paper, some assets: they neither run the risk of nor lead to a rise in housing prices (housing pressures being low in the countryside), not do they provoke significant migration. They can, therefore, be an effective means of transferring revenue to lowly-populated areas. By taking advantage of an ad hoc regulation in the definition of zones (population density must be lower than an arbitrary threshold of 31 inhabitants per square kilometre), the authors show that nevertheless the policy does not meet its aim. In fact, firms do not respond to the tax breaks offered to them: they neither create extra employment nor increase salaries even when they benefit from a significant reduction in labour costs. For them, it is simply a windfall profit. Compared with the ZFUs, whose positive effects on employment are considerable, this study shows that the lack of effect from the ZRRs can be explained by the dilution of the measure: in being extended to 38 per cent of the territory and eight per cent of the population of metropolitan France, it has failed to have a notable impact on economic activity and employment in the rural areas concerned.......................Original title of the article : “Replacing churches and mason lodges? Tax exemptions and rural development”Published in: Journal of Public Economics, Volume 125, May 2015, Pages 1–15Available at : http://authors.elsevier.com/a/1Qx47Alw9Off5......................© noireblanc - Fotolia.com