Home > Economics for everyone > For a wider audience > 5 papers...in 5 minutes ! > May 2016 > Economic Growth and Political Integration: Estimating the Benefits from (...)

Economic Growth and Political Integration: Estimating the Benefits from Membership in the European Union Using the Synthetic Counterfactuals Method

Short link to this article: http://bit.ly/295RQmE 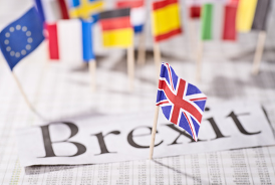 For the first time since it was created, the European Union, which has known continuous growth, is at risk of losing one of its members, with the Brexit referendum. Debate about the costs and benefits of participation in the EU is generally ideological and unfortunately, theoretical analysis of the economic effects of European integration gives ambiguous results. Evaluation of these effects is thus an empirical question, and the central task in this analysis is the construction of a significant “counterfactual”. In order to assess the effects of participation in the EU, it is not enough to show the growth trend before and after, or in relation to one arbitrary country (the United States, for example): we must be able to compare GDP growth after a country has joined the EU with the growth of that same country had it not joined. Which is, of course, empirically impossible... In this article, Coricelli, Campos and Moretti use the “synthetic counterfactual method” to construct a counterfactual relative to all stages in the enlarging of the EU. The method creates a fictional country that has almost exactly the growth (or productivity) trend of the countries examined before they entered the EU. In addition, the method is based on the capacity to reproduce the determining factors of the country’s growth (those used in the empirical literature on growth). The change in the country’s growth after the “intervention” (in our case, entry into the EU), in comparison with changes in the fictional country is a measure of the effect of joining the EU. The authors observe a positive effect on all countries except Greece. Some empirical elements suggest that participation in an economic and political union like the EU generates greater benefits than simple economic integration. This is precisely the question being posed in the Brexit referendum. The United Kingdom tends to consider participation in the economic union as positive, but generally regards participation in the political union as negative. Explaining the difference between the effects of economic and political integration, compared with purely economic integration, remains an open question. Between now and the end of June, citizens, politicians and economists should know (a little) more on this subject.

………………..Original title of the article : "Economic Growth and Political Integration: Estimating the Benefits from Membership in the European Union Using the Synthetic Counterfactuals Method”Published in : CEPR Discussion Papers 9968.Available at : http://ftp.iza.org/dp8162.pdf...................... © Eisenhans - Fotolia.com