Home > Economics for everyone > For a wider audience > 5 papers...in 5 minutes ! > May 2016 > Financing infrastructure in developing countries

Short link to this article: http://bit.ly/27TPNIq 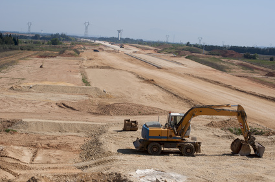 Estimates suggest that developing economies need US$1.5 trillion of infrastructure investments per year to generate sustained growth and poverty reduction. Yet the OECD estimates that these countries only spend currently about US$800–900 billion, leaving a very significant financing gap. In order to fill this gap, increasing attention is turning to the potential role of private financing through public–private partnerships (PPPs).

In this theoretical article, Antonio Estache, Tomas Serebrisky, and Liam Wren-Lewis ask a simple question: when should developing countries use private finance, and when should they use public finance? In particular, they consider the core motivations for using both corporate equity and debt-based project finance, and then analyze how these may be affected by the developing and emerging economies context. Typically, public financing through debt is cheaper than private financing through debt or equity, and hence private sources have to be justified with other reasons. A priori, private financing does not save the government money, since government ‘savings’ that stem from PPPs are illusory to the extent that future government revenues are forfeited. Instead, the main theoretical motivation for private equity rests on the assumption that the government has a limited ability to write contracts that reward infrastructure firms for lowering their costs. If private equity investors are not so constrained, then they are able to incentivize more efficient construction and operation of the infrastructure. Private debt, on the other hand, is motivated by assuming that the governments cannot transfer revenues from publicly owned firms (1). As a result, private debt can be used as a mechanism to ensure infrastructure users pay for the investment, since high user charges are then necessary for debt repayment. Having set out these basic motivations for private sector investment, the paper then uses this framework to analyze how a variety of institutional weaknesses common in developing countries may influence the source of financing used. If the government suffers from limited commitment, it is unlikely to be able to raise serious amounts of private finance. The government’s accountability may then be the next most important factor, since a government whose incentives vary substantially from social welfare will be relatively uninterested in what is optimal. If, however, the government is able to access affordable private finance and cares about both taxpayers and infrastructure users, the fiscal efficiency of the government is likely to be the most important factor in determining the financing choice. Finally, an accountable government which faces similar prices for public and private finance may then take into account the capacity of the regulator who will oversee the infrastructure’s operation. Overall, therefore, the authors show that it is certainly not the case that developing countries should in general use more or less private finance than developed countries. Instead, the financing choice will depend to a large extent on the country context and, in particular, on the institutional weaknesses that are felt most acutely.