Home > Economics for everyone > For a wider audience > 5 papers...in 5 minutes ! > May 2016 > Incentives for Quality in Friendly and Hostile Informational (...)

Incentives for Quality in Friendly and Hostile Informational Environment 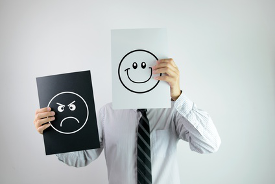 What most motivates an employee of a firm: recognition of her success, or the risk of having her bad performances widely known? Do political leaders have the same incentive to serve the common good when the press is mostly hostile to them and denounces their failures, or when it celebrates their successes and passes over their thorny issues in silence ? In order to encourage multinationals to behave in a responsible manner, should an NGO draw media attention to its most virtuous behaviour or denounce its mistakes ? Are school students more encouraged to work when assessment of their results tends to reward the best or when the weaker performers are punished?

In this article, Fleckinger, Glachant and Moin offer a theoretical analysis of these questions. Their applications are considered in fields as diverse as industrial economics, media economics, political economy, the economics of discrimination, and in the communications of NGOs such as Greenpeace. The authors take the example of a firm which seeks to sell a product to potential customers, and which focuses on quality, but this is not perfectly perceived by buyers. Some intermediaries such as news media, NGOs and ratings agencies have the role of discovering and transmitting this information. Without the intermediaries, the price of the product reflects only middling quality, and therefore the firm has no incentive to invest in quality, which means that it collapses on the market – a well-known outcome. In this article, analysis is focused on a new element: the nature of the communication of the intermediaries. This can be called “friendly” when quality has a greater chance of being reported than bad, and “hostile” when, on the contrary, bad quality is the most often reported. These two types of communication have quite distinct effects on the market. In particular, there is only one market equilibrium price and only one quality equilibrium in a friendly environment, while equilibria can be indeterminate (several equilibrium situations are possible) in hostile environments because buyers’ expectations are self-fulfilling. This result can be illustrated simply with another example – drugs in sport. Drugs tests can reveal the presence of a banned substance in the blood, but they cannot prove the innocence of an athlete in relation to all illicit substances: athletes are therefore immersed in a hostile information milieu. In this context, the “buyers” are the spectators at sporting events, and the sponsors. If the audience thinks that the athletes are drugged, whether this is confirmed by tests or not, then buyers’ beliefs can be “fixated” on the notion that all athletes take drugs, which could, indeed, encourage athletes to take them. Why ? If the public thinks that they are drugged, then the athletes have nothing to lose in taking drugs because they cannot prove that they are not doing so already. On the other hand, when spectators’ beliefs are initially optimistic, this encourages athletes not to take drugs, for fear of losing their audience. In the same situation, it is thus possible that drug-taking becomes general or, on the contrary, very limited, depending on the initial prejudices of the spectators. More generally, these results allow us to understand the self-fulfilling character of prejudice in hostile contexts and the phenomenon of persistent collective reputation. In order to induce the greatest incentives for quality, the analysis recommends communication strategies that reveal instances of proof that go against assumptions rather than looking for those that confirm them, which the authors call the logic of information. The bias for confirmation that has been identified in psychology is thus damaging to incentive. It is well known that real friends are those who tell us the truths the most difficult to hear: this is what pushes things forward, producing the greatest incentives upstream. So, when are we going to see the “Dislike” button on Facebook?

………………..Original title of the article : “Incentives for Quality in Friendly and Hostile Informational Environment”Published in : American Economic Journal: MicroeconomicsAvailable at : https://sites.google.com/site/pierrefleckinger/FGM.pdf?attredirects=0&d=1...................... © Kenishirotie - Fotolia.com