Short link to this article: http://bit.ly/29ckCmX 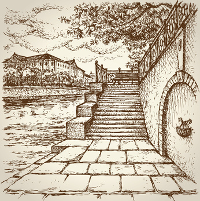 It is well known that food has an impact on health, but the question persists as to how and for how long. The first years of life are considered critical: nourishment received during infancy and in the womb determines the physical growth and the cognitive capacities of the child; insufficient nutrition can entail irreparable damage. Thus, numerous studies – especially in economic history – consider the average size of a population not only as an indicator of living conditions during infancy, but also of adult health. One way in which to assess these relationships is to study food crises and famines in history.

In this article, Cogneau and Kesztenbaum analyse the consequences of two sieges of Paris, the first by the Russians during the war of 1870, then by Versailles against Paris under the Commune in 1871. They have gathered together data from the civil state and from military conscription, particularly from then one of the poorest districts of Paris, the 19th arrondissement. The situation of the inhabitants of that district is then compared with immigrants from Alsace-Lorraine who arrived in Paris just after 1871, and with the inhabitants of the 4th arrondissement of Lyon. The authors show first a doubling of the number of deaths for all ages, while the mortality rate was already very high in normal times, half of all children not reaching 20 years of age. Surprisingly, the famine appears to have had no effect on the adult size of those who were five years old at the time of the siege. The short duration of the famine, combined with the continuous improvement in the living conditions of Parisians from the middle of the 1860s, allowed a rapid catch-up when the famine had ended. Nevertheless, the cohorts born in 1870 or 1871 had a higher death rate between 20 and 46 years, which seems to be evidence of important consequences. On the other hand, older children, aged between six and ten years at the time of the siege, ended up significantly smaller, still too young not to be affected, but already too old to benefit from the catch-up effect. These findings illustrate the complexity of the phenomena at work and call into question the sometimes simplistic links made between food, adult size and life expectancy.