Home > Economics for everyone > For a wider audience > 5 papers...in 5 minutes ! > May 2017 > The Value of Biodiversity as an Insurance Device

The Value of Biodiversity as an Insurance Device

Short link to this article: http://bit.ly/2rg2BZL 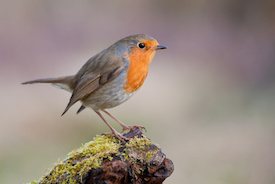 Biodiversity is a broad concept. It refers not only to the number of species present in a given space, but also to the networks of interaction among the species and to genetic, habitat and ecosystem diversity. The destruction of natural spaces and the development of human activities have been consubstantial and always will be. But the destruction is now so advanced that we are beginning seriously to believe that it cannot continue without endangering the human activity that has allowed it to develop. Seen from a strictly instrumental point of view, biodiversity provides, for free, services called “ecosystemic” (food, water, wood, climate control, flood control, illness control, soil fertility, pollinisation, etc.) that are impossible or too costly to reproduce artificially. It has, therefore, a value that no market can express, but whose determinants must be understood if we are to make informed conservation decisions.

In this article, Augeraud-Véron, Fabbri and Schubert study a particular component of the value of biodiversity: the insurance component. The model that allows us to understand the determinants of this value represent a land-use conflict. The regulator must choose what portion of a given natural space is to be converted into agricultural land. Converting a larger share means increasing the average rate of food production, but this is accompanied by an impoverishment of biodiversity, which in turn negatively affects agricultural productivity by increasing its volatility around a given growth trend. The value of biodiversity comes from its capacity to reduce the volatility of agricultural productivity. For example, a high level of biodiversity guarantees good resistance to crop diseases, natural pollinisation, and wild species that can, in cases of severe epidemics, replace domesticated species. The authors measure this biodiversity insurance value by the gain in well-being that is created by the conservation of biodiversity at its optimal level, compared with a total conversion of natural space for agricultural ends. Among its determinants, agents’ preferences play a crucial role. Aversion to risk, the attitude to uncertainty, and aversion to the fluctuations which, with the discount rate, characterise the attitude to time, are distinct. The first prefers a less volatile road to agricultural production. The second prefers a “flatter” road. Augeraud-Véron, Fabbri and Schubert show that, as intuition would suggest, the share of space left in its natural state, and the value of biodiversity increase with risk aversion. The role of aversion to fluctuations is different, which justifies clearly separating the two parameters. When future growth perspectives are bad, a stronger aversion to fluctuation leads to a desire to lower current consumption and an increase in its average growth rate. This is obtained through an increase in space marked out for biodiversity conservation and a rise in its value. On the other hand, when growth perspectives are on average favourable, a strong aversion to fluctuation leads to a desire to increase current consumption and to reduce its average growth rate. Then it is optimal to reduce the space put aside for conservation and biodiversity. Intuition suggests that the value of biodiversity will then reduce. The authors explain that this is not always the case. They show, in the case of favourable growth perspectives, that while the intrinsic volatility of agricultural productivity as well as risk aversion are high, a society that becomes more averse to fluctuations can, in optimal fashion, conserve less and less biodiversity that has greater and greater value. Finally, it should be noted that an illustrative calibration of the model shows that the value of biodiversity is very sensitive to the parameters of risk aversion and fluctuation aversion, and can become very high.